Matz ineffective vs. Phillies in return from DL

Since the calendar flipped to August, the Mets’ rotation has begun to resemble what the team once believed it could be. Jacob deGrom remains Jacob deGrom, one of baseball’s best pitchers. Zack Wheeler has developed into a worthy sidekick. Slowly, Noah Syndergaard has returned to form, while Corey Oswalt has emerged as an intriguing rookie. Even Jason Vargas is fresh off one of his best starts of the season. 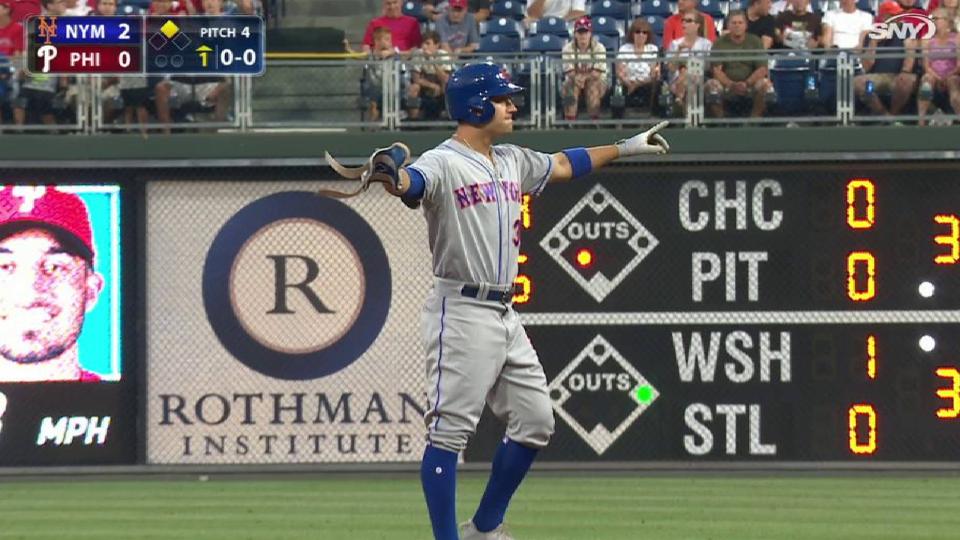 Then there is Steven Matz, who, until Thursday’s 9-6 loss to the Phillies in Game 2 of a doubleheader, had not pitched in August. Sidelined due to a strained left flexor-pronator muscle, Matz returned to Citizens Bank Park looking much the same as before he left. The left-hander allowed six runs (four earned) on five hits, serving up a three-run homer to Rhys Hoskins and lasting merely two innings.