Gregorius does it all as Yankees top Texas

Didi Gregorius did his part to make sure that all of the fans in attendance at Yankee Stadium got their money’s worth on Sunday afternoon.

The Yankees shortstop flashed his leather in the top of the fifth and blasted a two-run homer in the bottom of the fifth that helped the Yankees to a 7-2 victory over the Rangers. New York took three of the four games from Texas. 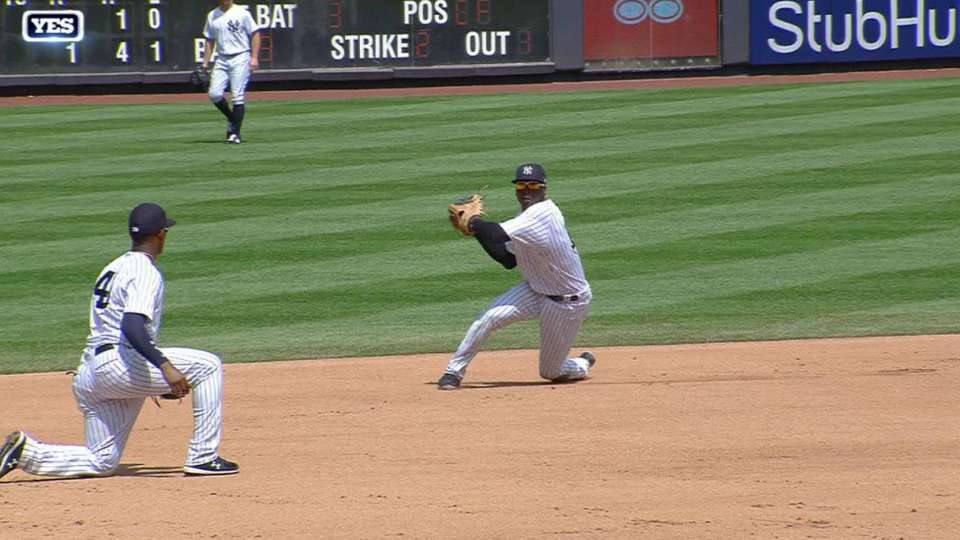 After making an impressive backhanded play in the first inning, throwing the ball across his body as he ran toward the third-base line, Gregorius put his defensive talent on full display again in the fifth. With one out, he took a few steps to his right and slid on his left leg to field Delino DeShields’ ground ball. Then, in one swift motion, he got to his feet and fired the ball across the diamond in time to record the out as the crowd chanted “Didi.”