Liam Cole’s eyes ballooned when he was asked if he wanted to get behind the wheel of a 1947 Dodge pickup truck at the Founder’s Day celebration in Auburn Saturday.

The moment the car’s owner, Bill Leonard, made the offer, Liam, 4, rushed to the car and promptly climbed into the front seat during the car show held during the event. A mile-wide smile appeared on Liam’s face — which had green, black and white paint on it to make him look like a Tyrannosaurus rex — as he handled the steering wheel of the stationary vehicle as Leonard and Liam’s father, Pete Cole, chuckled.

Liam and Pete were two of hundreds of people who checked the cars, vendors and attractions available at the blocked-off areas of downtown Auburn for Founder’s Day, a celebration of the city’s history. The event, now in its 10th year, featured an open house at the Auburn Schine Theater on South Street and the Fifth Annual Art Flair on Exchange Street, which featured over a dozen vendors and artisans selling their goods.

Members of the Fire & Iron Motorcycle Club took to their motorcycles to ride for the auBURN Bike Fest and Ride, a fundraiser for the Burn Foundation of Central New York. 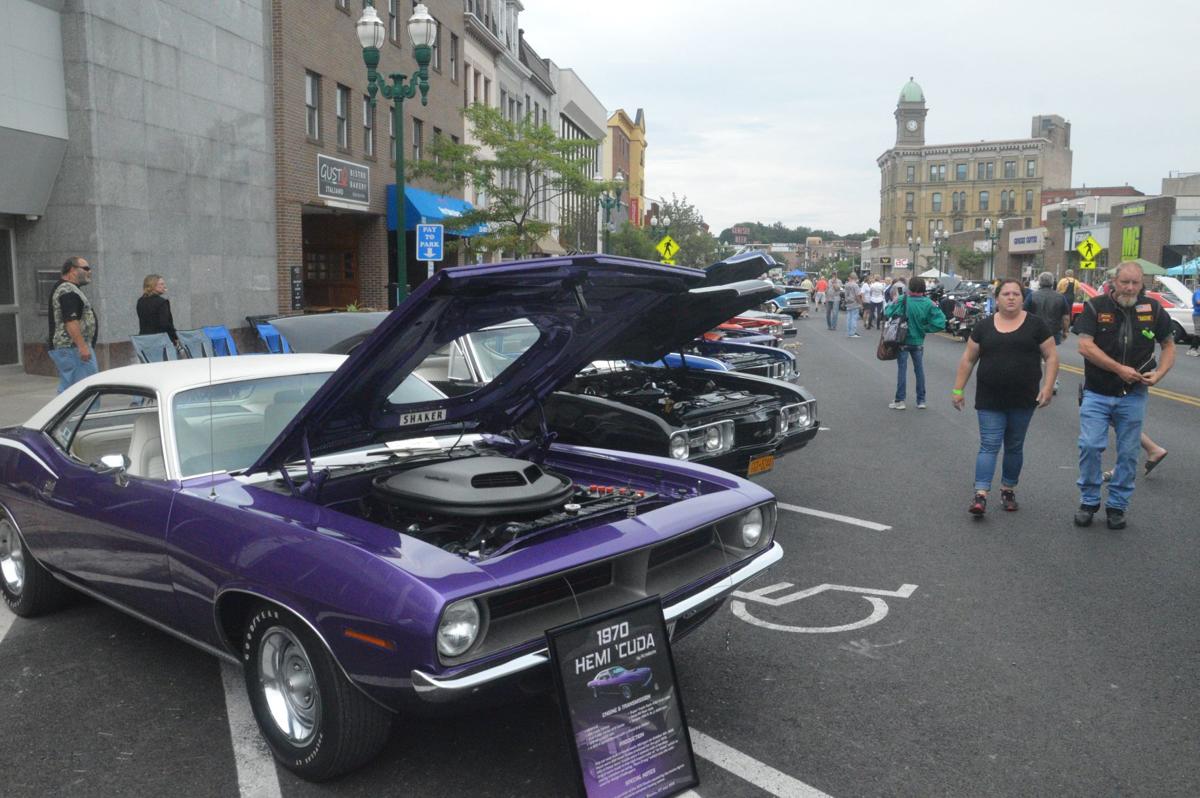