Masahiro Tanaka had been undefeated in his last 14 starts entering Friday’s game against the Rangers, but for the first time in nearly four months, the Yankees starter recorded a loss.

In his first defeat since April 17, Tanaka allowed six runs on six hits, including three home runs, through five-plus frames as New York fell to Texas, 12-7, at Yankee Stadium. In his previous five starts, Tanaka had permitted just six runs and three homers through 30 1/3 innings since returning from the disabled list on July 10. 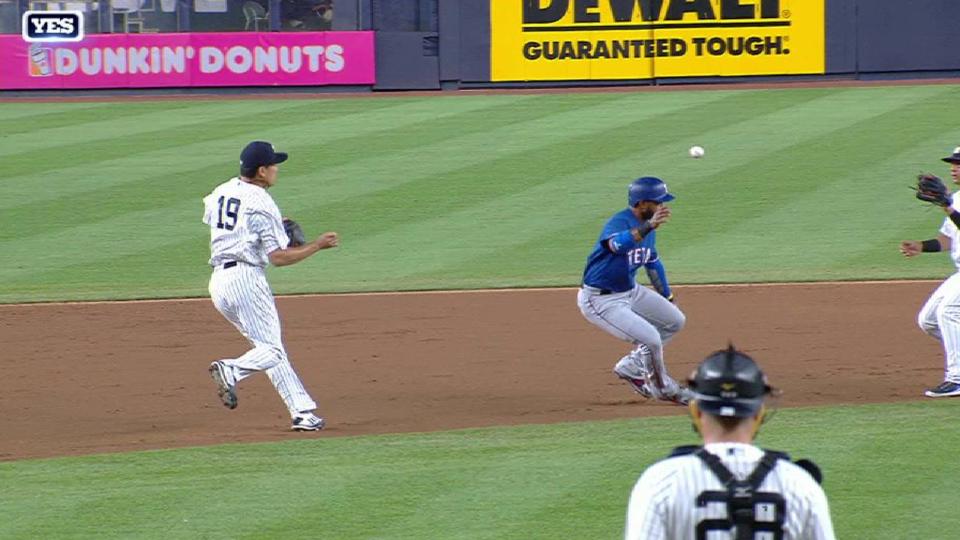 Tanaka allowed just one hit through the first three innings before Adrian Beltre blasted a two-run homer and Ronald Guzman hit a solo shot in the fourth to give the Rangers a 3-0 lead. After Elvis Andrus doubled in two runs in the fifth, Guzman launched his second long ball of the night in the sixth, which was Tanaka’s Major League-leading 57th homer allowed this season.

Yankees manager Aaron Boone gave the ball to A.J. Cole, who permitted three more runs in the sixth on base hits from Rougned Odor and Andrus. In the seventh, Guzman became the first rookie to ever have a three-homer game against the Yankees on a blast to left, before the Rangers tacked on two more in the eighth.