Reeling from a sweep in Boston and mired in a season-high five-game losing streak, the Yankees needed a solid performance from Lance Lynn on Monday night. Lynn delivered in remarkable fashion.

Making his first start for the Yankees after being acquired in a July 30 trade with the Twins, Lynn dominated the White Sox, striking out a season-high nine over 7 1/3 innings in a 7-0 victory. The right-hander allowed a walk and an infield single in the first inning and proceeded to retire 19 straight until Nicky Delmonico led off the eighth with a single. 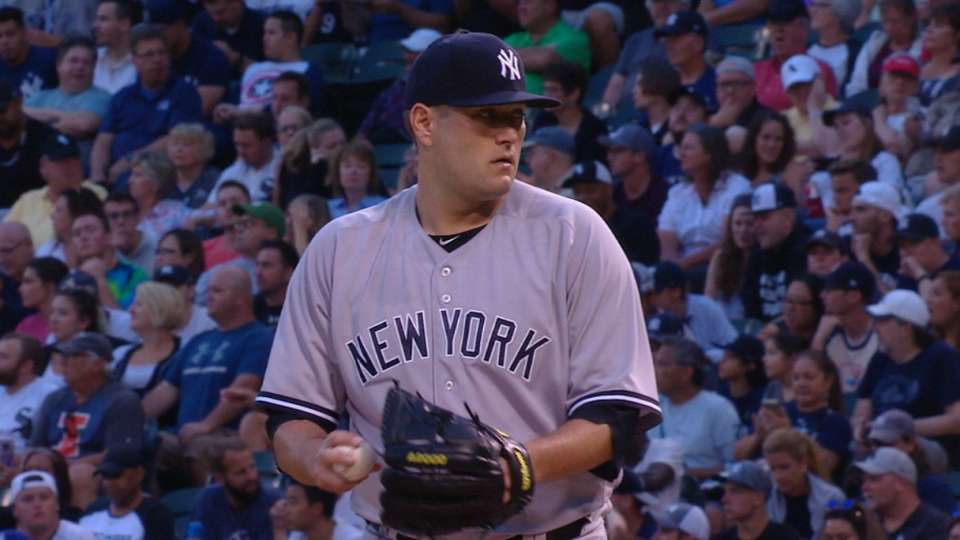 With the Red Sox off, the Yankees trimmed their deficit in the American League East to nine games.

Lynn gave the bullpen a much-needed respite following its heavy use against the Red Sox, as the Yankees had only had a starter go six or more innings three times since the All-Star break. Masahiro Tanaka accomplished the feat twice, and fellow trade acquisition J.A. Happ threw six frames in his Yankees debut..