Boeheim’s Army saw its run in The Basketball Tournament (TBT) end in the final eight with a loss to the Golden Eagles, 90-86, at Georgia State. Travis Diener hit a long 3-pointer to clinch the victory for the squad made up of Marquette alumni.

Boeheim’s Army made a dramatic, second-half comeback, after trailing by 15 points. Warrick, the oldest member of Boeheim’s Army at 36 years, keyed the charge and finished with a game-high 24 points. He was 8-of-9 from the field, including a handful of dramatic dunks, and 8-of-9 from the foul line. Eric Devendorf added 17 points and Demetris Nichols contributed 14. 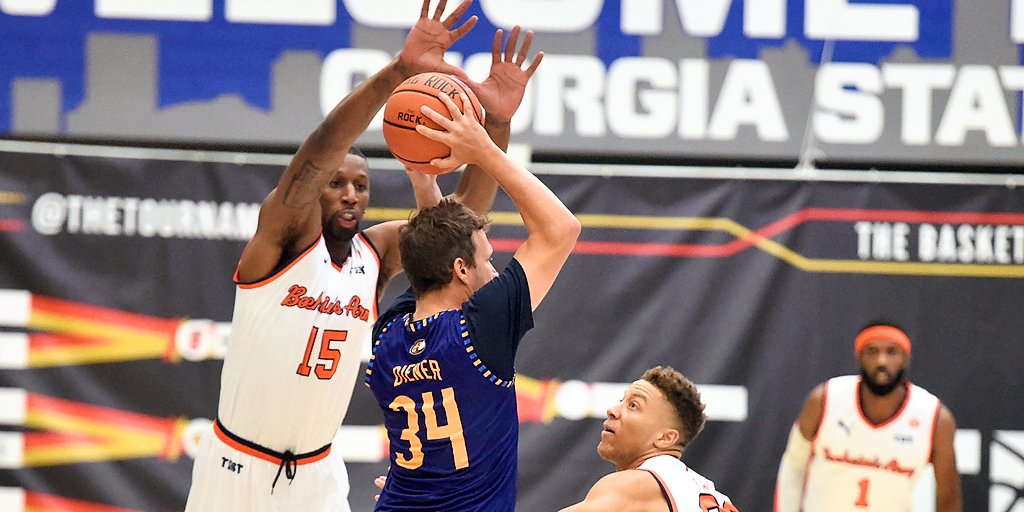 The game entered the “Elam Ending” with the Golden Eagles ahead, 83-80, which created a target score of 90. Warrick took a charge at the defensive end and Nichols converted one of two free throws to pull Boeheim’s Army within two, 83-81. A basket from Elgin Cook was quickly answered by two free throws from Brandon Triche and The Golden Eagles led, 85-83. Read More

Thank you @thetournament for giving us the opportunity to have an unforgettable college reunion while also playing for $2million, and thank you to our fans for being the best in TBT. Until next year! #BoeheimsArmy pic.twitter.com/FAr4jviDnB