As the Yankees continue to try to chip away at Boston’s lead in the American League East standings, the team has recently been unable to rely on its ace for quality starts.

Luis Severino exited New York’s 10-5 loss to the Royals in the first game of Saturday’s doubleheader at Yankee Stadium after tossing just 4 1/3 innings, allowing six runs on eight hits to record his fourth loss of the year. It was the first time in the young right-hander’s career that he has allowed at least six runs in back-to-back starts, and his fourth consecutive start of the season lasting fewer than six frames. 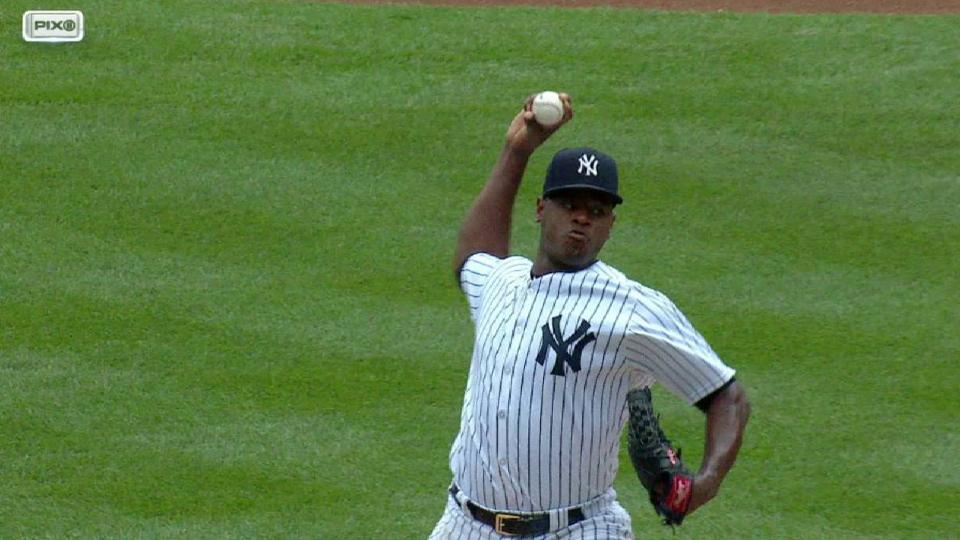 In his final two starts prior to the All-Star break, Severino’s ERA rose from 1.98 to 2.31, which the Yankees attributed to his rising workload, but the struggles have continued. In four starts since July 7, the righty has allowed 19 earned runs on 33 hits, including seven home runs in 19 1/3 innings.