Yoenis Cespedes homered in his second at-bat after missing nearly 10 weeks on the DL, and the Mets held on to secure a win for Noah Syndergaard, who worked five innings before exiting with arm fatigue. Seth Lugo and Robert Gsellman each worked two frames to hold off the Yankees as trade rumors swirled around closer Jeurys Familia. After the game, the Yanks optioned starter Domingo German to Triple-A following the rookie’s outing of just 3 2/3 innings. 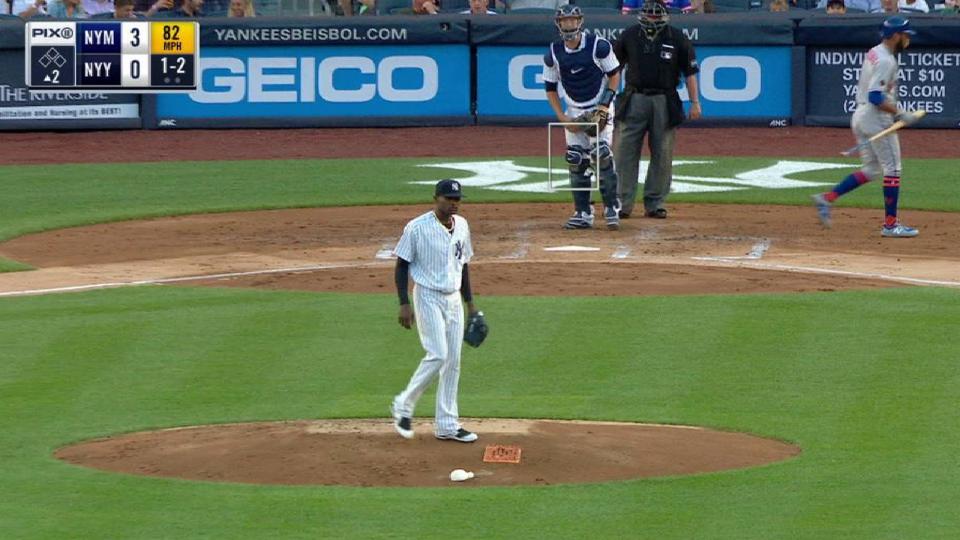