State Police out of Lyons received a 911 call from a driver on Saturday at 3:26 a.m., stating he just plowed through a barn on Jeffrey Road in the Town of Palmyra.

The driver, James Paro II, 25, of Palmyra told the 911 operator he also called an Uber Driver to come to the scene to give him a ride home.

When State Police arrived they sent the then arriving Uber driver on his way.

According to police, Paro was traveling south bound on Parker Road at a high rate of speed when he approached the t-intersection with Jeffrey Road, failed to stop for the stop sign, crossed Jeffrey Road and plowed into a barn.

Paro’s 2017 Nisson Centra was totalled in the crash. He got out of his car with only a few minor scratches.

Unfortunately, Paro plowed into a barn storing a classic 1998 Ford Mustang GT convertible, flattening the back end of the stored car. The crash also tipped and broke the front axel of a vintage stored Wheel Horse Lawn tractor and other assorted items. 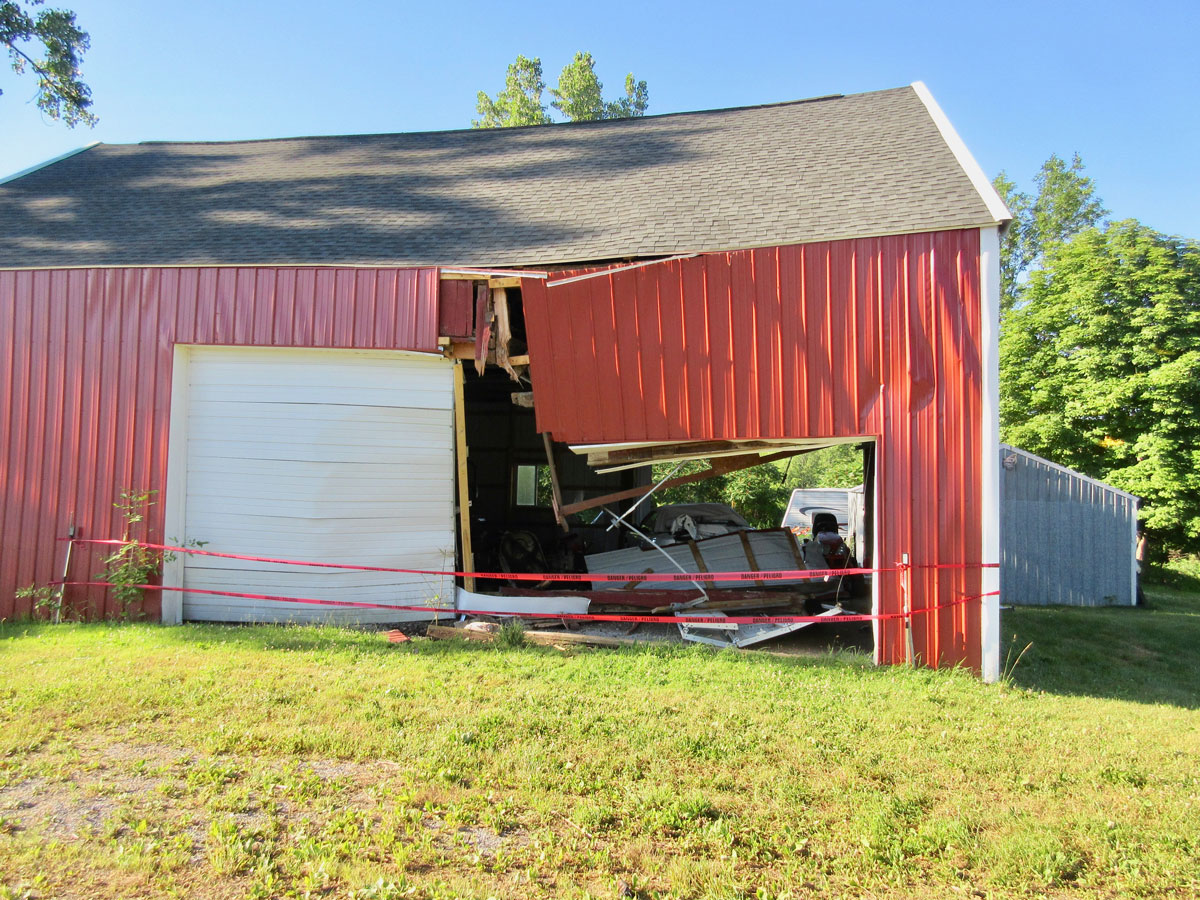