MRB Group recently announced the decision to join forces with Chatfield Engineers in a move that further expands its municipal services team and broadens the spectrum of services to clients of both firms.

“In order to serve the increasing needs of clients, we also need to grow and evolve,” said Ryan Colvin, PE,
President of MRB Group.

“The decision to invite Chatfield Engineers to join MRB Group was made with clients in mind,” Colvin continued.

“We are very pleased to join with MRB Group,” said Paul Chatfield, PE, noting that he and his team will provide uninterrupted service to existing clients. “Over the years, we’ve established strong relationships with many communities, and they will continue to receive the same great service, from the same people they’ve come to know and trust,” Chatfield stated.

The merger follows MRB Group’s recent decision to expand its offices – a timely coincidence, according to Colvin. Just seven years ago, MRB Group moved from a small office in Penfield to the Culver Road Armory in the City of Rochester, nearly doubling their floor space and bringing teams together in a collaborative environment. The recent office expansion adds several new offices, making room for new staff while reflecting the joining of firms with a visible sign of MRB Group’s growth.

Colvin said that he believes the move to the Armory was a turning point in the firm’s history, and that today, the pivotal decision to merge with Chatfield Engineers will also be a significant milestone for MRB Group.

Joined by his executive team including James Oberst, PE, Executive Vice President and COO, and David Doyle, PE, Vice President, Colvin met with Paul Chatfield and John Paul “JP” Schepp, PE, to announce the merger. The entire Chatfield Engineers Team will soon be relocating to the MRB Group headquarters in the Armory. 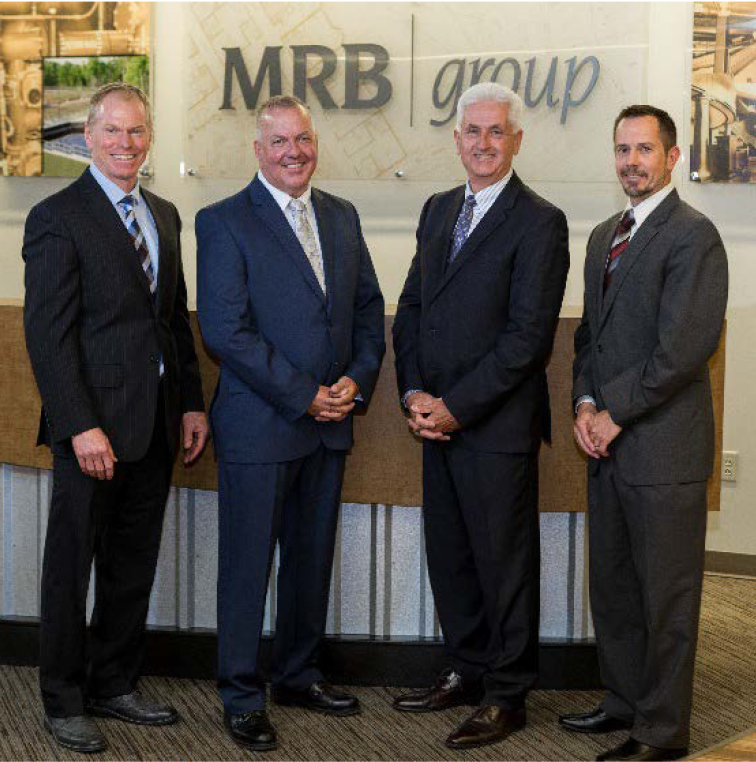 “The addition of such an accomplished and skilled group of individuals will strengthen our ability to serve our clients,” Colvin stated. “The team’s impressive background has earned Chatfield Engineers a local reputation for excellence, one that is compatible with MRB Group’s professional integrity and focus on clients,” he continued.

“We’re proud of MRB Group’s significant growth in the past 8 years,” Colvin continued. Starting with MRB Group as a young engineer, he rose throughout a 22-year career from a Project Manager to the management team. His leadership as President and CEO began with the move into the Armory in 2011, when the firm worked with approximately 70-80 municipalities across the state.

Colvin cites MRB Group’s relationship-based business model as the key to its growth, noting that today, the firm represents more than 150 municipal clients. According to Colvin, some communities have stayed with MRB Group for more than 50 years of continuous service.

“We have a strong team at our core – one that’s continually evolving,” Colvin stated. “From our management to our engineers, architects and technical staff, we are always stretching our boundaries – both physically and professionally. We carry that forward-thinking to our clients, working with them as partners to foster community growth.”