The Village of Newark announced on Friday that it has advanced as a finalist to the next round of Gov. Andrew Cuomo’s Downtown Revitalization Initiative, a statewide competition in which one winner in each of the state’s 10 Regional Economic Development Council’s will receive $10 million in State funding for local development.

The Village of Newark submitted an application titled “A Village For All Seasons” last week and was notified by a representative of Empire State Development that they were a Finger Lakes Region finalist. The Village will now make a formal presentation on Wednesday, June 20th to the selection committee, with the winner expected to be announced later this summer.

“We expect the competition to be fierce, but this funding would be of critical importance to Newark, allowing us to create a foundation for future development that we can build on,” said Mayor Jonathan Taylor. 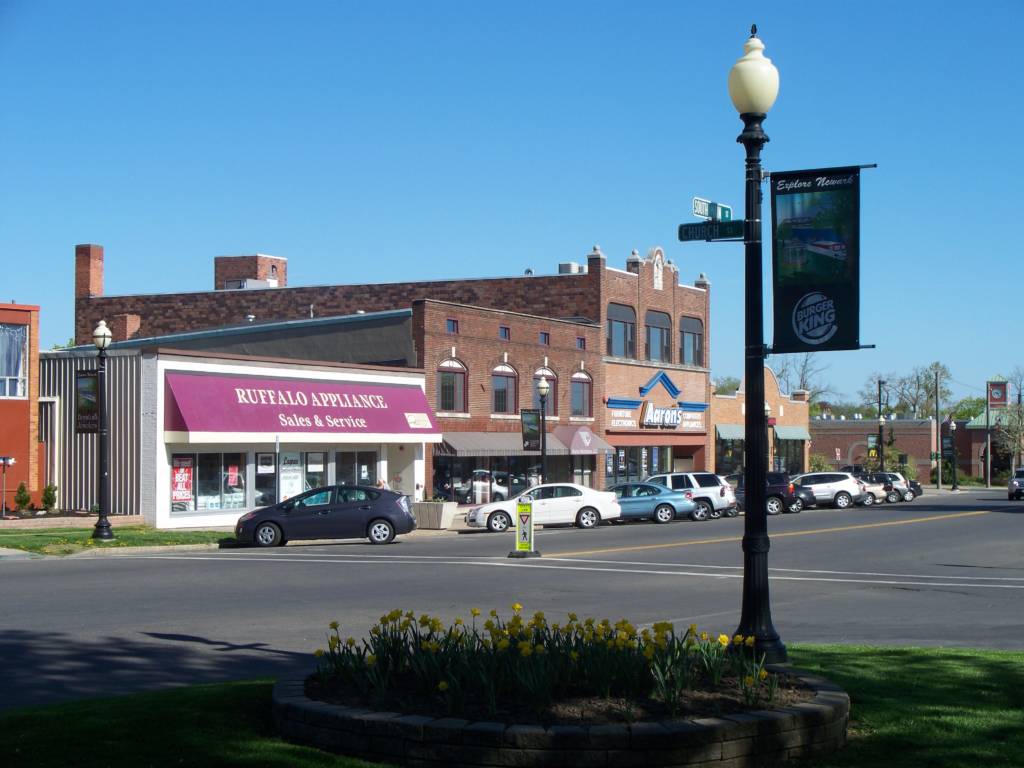 Each applicant must show the community’s preparedness to implement projects and an administrative capacity to see them through to completion. They must also demonstrate the community’s vision, goals and strategies to implement a variety of projects that will generate local development, generate employment and strengthen the economy.

“The Village of Newark has a long history of working well with developers,” Mayor Taylor continued. “By targeting downtown areas for mixed residential and commercial development, we hope to create a stronger sense of community that better supports business and growth,” he said.

The Village’s submission outlined the historic Erie Canal in the heart of downtown, while identifying several aspects of recent infrastructure investment including major upgrades to the Wastewater Treatment Plant, new Water Treatment Plant design, and reconstruction of South Main Street, all made possible through successful grant awards. The application also highlighted IEC Electronics’ decision to remain in the area, even building a new facility. Proposed catalytic projects include a number of innovative development projects for the former Sarah Coventry Factory, Canal Path, and the redevelopment of Lake Street to name a few.

“This is exciting news for the Village of Newark. It shows how much hard work Mayor Jonathan Taylor and so many other people in the community have put in to make this opportunity come closer to fruition. I have been proud to partner with Mayor Taylor and the Village in the past, including securing grant funding for water treatment plant project. I look forward to seeing their final plans, and I wish them the best of luck,” said Senator Pam Helming.

“Newark is experiencing so much positive momentum that it is no surprise the village is a regional finalist for the DRI competition,” said Assemblyman Bob Oaks, who fully supports The Village of Newark’s application. “Mayor Taylor and other village leaders have put together a forward-thinking plan that supports continued meaningful community growth.”

“The excitement is building as the Village of Newark has a unique and wonderful opportunity to obtain $10 million in funding through Governor Cuomo’s Downtown Revitalization Initiative,” said Wayne County Board of Supervisor Chairman Steven LeRoy.   “Funds will be used to improve the downtown neighborhood and add to the overall quality of living in Wayne County. If awarded, Downtown Revitalization initiative Funds will advance the community’s vision for revitalization,” said the Chairman.  “The Village of Newark, as the Finger Lakes Regional Finalist for DRI funding, is prepared to begin projects that will increase employment and strengthen the economy both in the village and our county,” LeRoy added.

“This application as well as the process as a whole, represents a great deal of hard work by our dedicated staff, and community volunteers which I am so very appreciative of. It’s more than an application – it’s a plan for long-term economic sustainability for the Village of Newark,” Mayor Taylor concluded.