Yanks crank out 5 homers in win over Royals

Gleyber Torres hit a go-ahead three-run homer in the fourth inning to boost the Yankees to an 8-3 victory over the Royals on Saturday night at Kauffman Stadium.

The big blow by Torres came after Clint Frazier walked and Ronald Torreyes singled to open the fourth. Torres then drove a Danny Duffy pitch comfortably over the wall in left to put the Yankees on top, 5-2.

The Yankees (29-13) will go for their eighth consecutive series win on Sunday. The Royals (14-31), who have dropped six of seven, received RBI hits by Ryan Goins and Jorge Soler in the third. 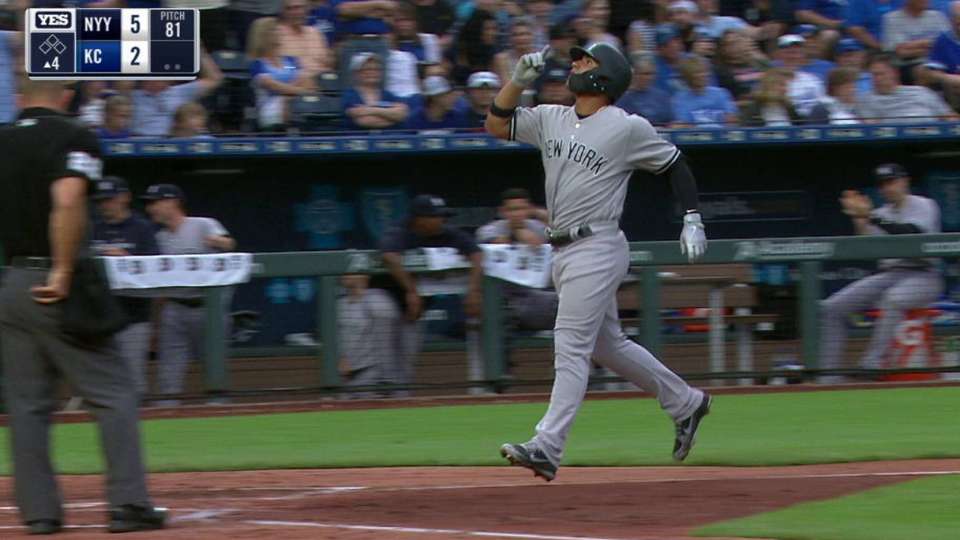