The internal data circulating throughout the clubhouse, digging deep into columns like exit velocity and walk rate, suggested that Brett Gardner was due for a breakout performance. The numbers crunchers had this one nailed, foreseeing his best night of the season, as Gardner highlighted a four-run eighth inning that vaulted the Yankees into first place in the American League East.

Gardner ripped a two-run triple and Aaron Judge launched a two-run homer into Monument Park as the Yankees rallied against Craig Kimbrel, who was seeking the first five-out save of his career. Instead, the Yankees secured their eighth consecutive victory, shaking hands for the 17th time in their last 18 contests as they celebrated a memorable 9-6 win over the Red Sox on Wednesday at Yankee Stadium. 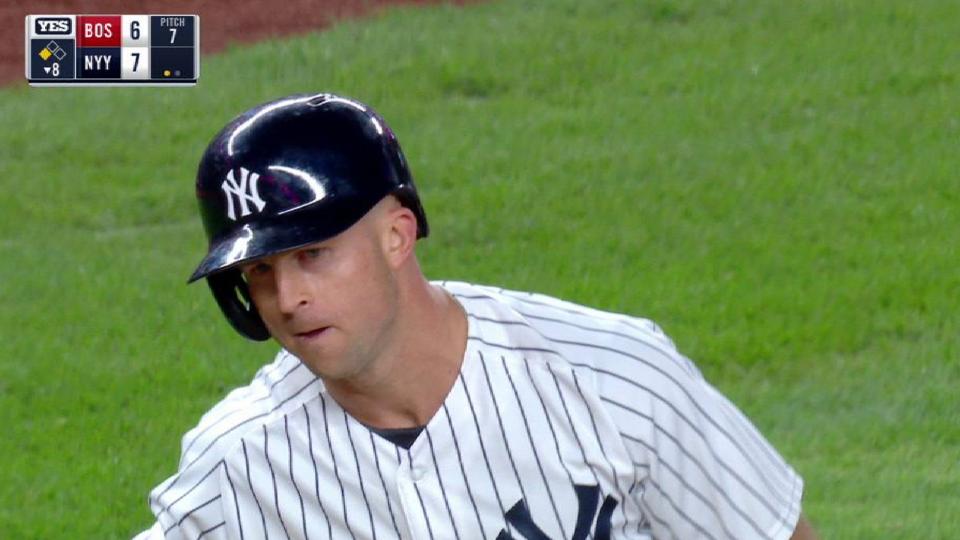