Gonzalez drives in 5 in Mets rout of Padres

Adrian Gonzalez punished one of his former teams on Sunday, and made a case for continued playing time, driving in five runs as the Mets pounded the Padres, 14-2, in the finale of a three-game series at Petco Park.

The 14 runs and 19 hits both marked season highs for New York, which took two of three in the series.

Gonzalez, who played for San Diego from 2006-2010, added to his career home run (65) and RBI total (235) at Petco Park, both the most by any player in the park’s history. After driving in two with a double to the wall in the third, Gonzalez blasted a three-run homer off Jordan Lyles in the seventh that gave the Mets a 7-2 lead. 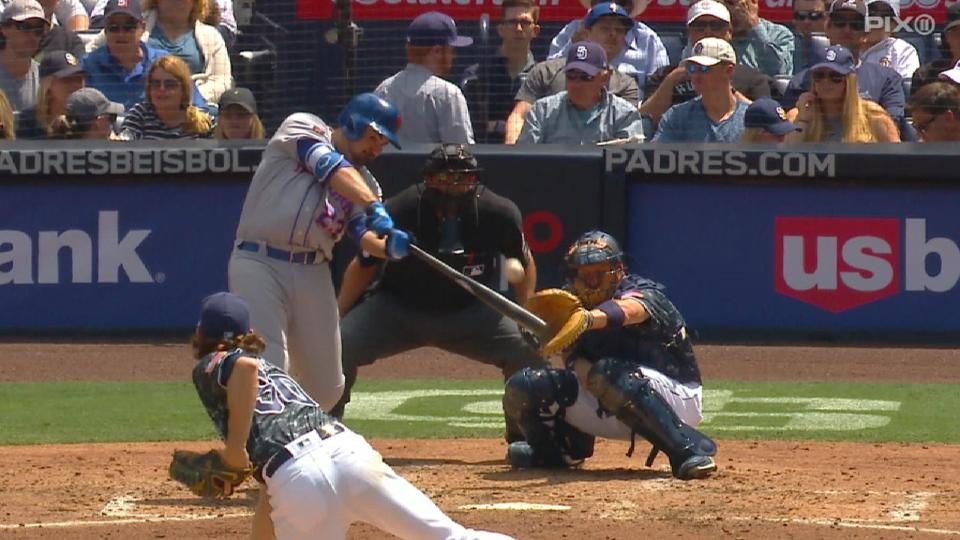