The most potent lineup in the big leagues continued to slug with abandon on Saturday, batting around in each of the first two innings to support Masahiro Tanaka’s solid six-inning, nine-strikeout effort. The sizzling Yankees coasted to their eighth consecutive victory, an 11-1 drubbing of the Angels.

Aaron Hicks drove in three runs to highlight the early attack as the Yankees sent 20 men to the plate while dispatching starter Garrett Richards to the showers after 1 1/3 innings. Gary Sanchez and Miguel Andujar mashed run-scoring doubles as part of a five-run first, which also saw runs score on an error, ground out and passed ball. 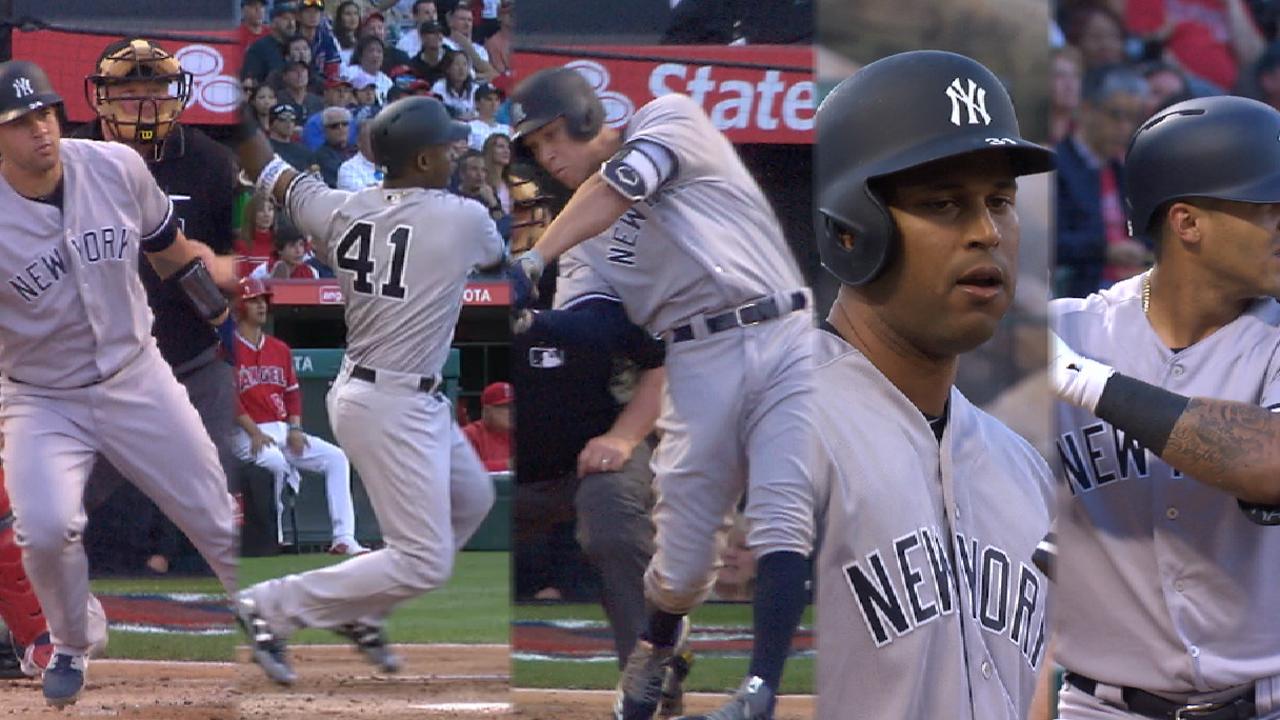