Bills trade up to land QB Josh Allen, follow with a linebacker at 16th (full coverage)

In the end the Bills got the quarterback they wanted all along in Josh Allen and they didn’t have to part with the draft capital many thought they’d have to surrender to do it. Buffalo, in a trade with Tampa Bay at pick seven, gave up their pick at 12 and both of their second-round picks (53, 56) in exchange for the seventh pick and a seventh-round pick (255).

In Allen, the Bills land the most physically-talented quarterback in the class. At 6-5, 237 pounds, Allen has prototype size and the strongest arm among the signal callers in the 2018 draft. Comfortable throwing from all angles and on the move, Allen can extend plays and improvise when necessary. It’s why NFL Network draft analyst Mike Mayock believes he’s got the highest ceiling in the draft. Read More

Then, with the 16th pick in the first round, Buffalo selected Virginia Tech linebacker Tremaine Edmunds. 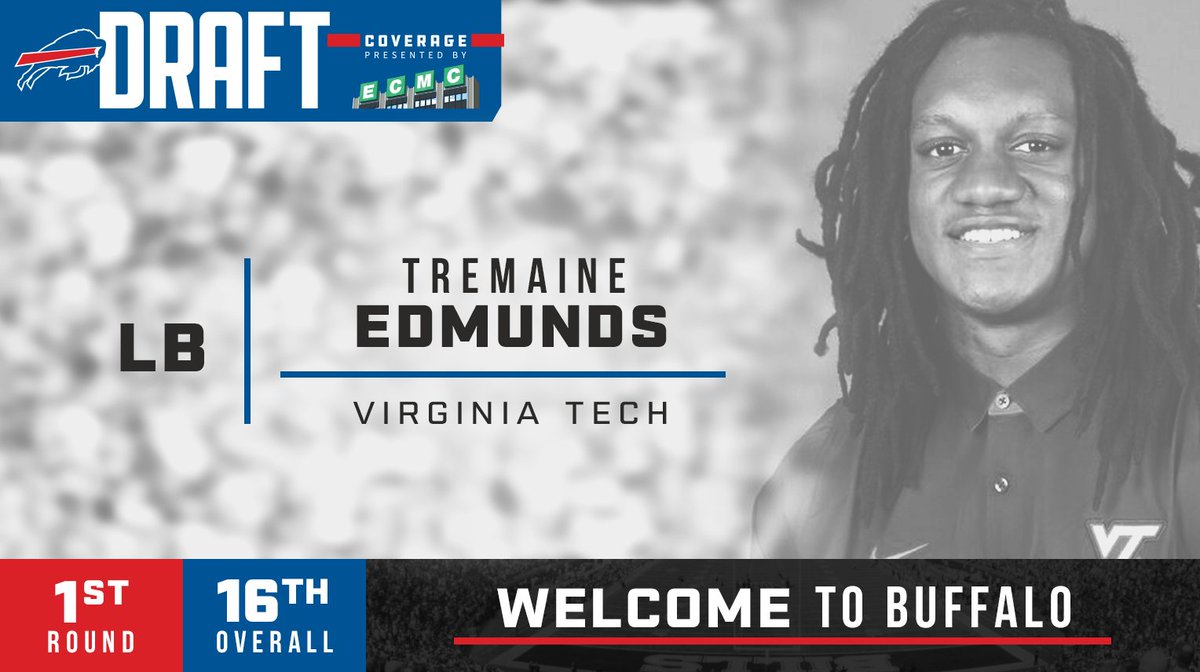 With the 7th overall selection in the 2018 NFL Draft, the Buffalo Bills select QB Josh Allen.

We can confirm: Nobody’s repping harder than Bills fans at the 2018 #NFLDraft.