Many supporters of former Hobart and William Smith Colleges President Greg Vincent are defending the man, who are calling into question — the allegations against him.

He cited an interest to ‘avoid any further stress to the compass community’ when submitting a letter of resignation to the Board of Trustees on Friday.

However, supporters of the embattled former president — who was accused of plagiarizing parts of his doctoral dissertation — called his resignation ‘devastating’.

Lori Pye, a 1983 graduate of HWS wrote Board of Trustees Chairman Tom Bozzuto outlining her concerns — and those held by other supporters of Vincent. 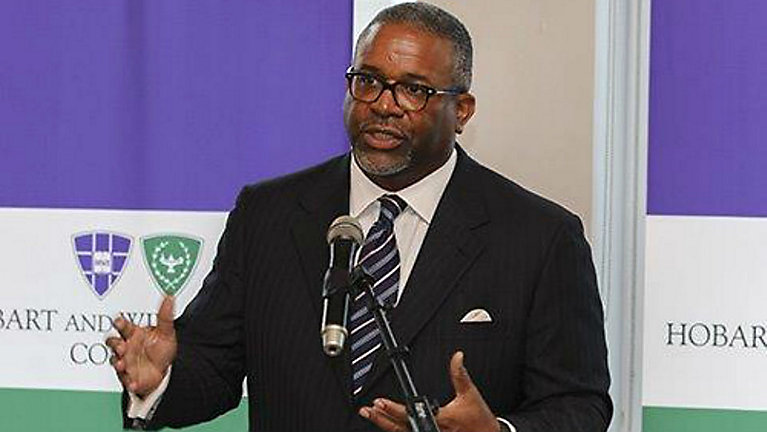 “It is expected that well over 100 letters will be sent,” she told the Finger Lakes Times. “Some write to share their grief, their frustration with how quickly this process wrapped up, and their desire to know the identity of ‘Anonymous.’”

Geneva’s Julie Bazan, who serves as Vice President of the William Smith Alumnae Assocation added, “I am saddened by this news, as I believe President Vincent had great ideas for the direction of the Colleges and honoring the history and traditions.”

She continued telling the Times, “That, of course, most likely made him unliked by many. This ultimately and unfortunately puts a negative mark not just on President Vincent but on the Colleges themselves. I am speaking solely as an alumna when I say I am honestly upset at the anonymous email from a professor — the decency to put your name or names to an accusation such as this is the right thing to do, to not is cowardly and self-serving.”

An investigation is ongoing at Penn University. Kat Stein, a spokesperson for the university said they take ‘academic integrity’ very seriously. “Penn’s Graduate School of Education is currently following standard University of Pennsylvania procedures, including a thorough investigation, to assess Gregory Vincent’s dissertation. We have not yet concluded our work,” she continued.

A decision is expected on Wednesday.

Read more on this story from the Finger Lakes Times