It was, in many ways, a flashback to 5 years (and 1 month) ago. Lansing High School and Cornell University grad Kyle Dake entered the most prestigious wrestling tournament he could find, rolled through the preliminary rounds without giving up a single point, fell behind in the crucial final match, and then outsmarted and outmuscled his opponent to see his hand raised in victory at the end.

In 2013, as many locals will never forget, Dake was on the cusp of history. In 2010, he became the first-ever true freshman to win an NCAA individual championship (at 141 pounds). He followed up on that achievement by winning again as a sophomore (at 149), and as a junior, he made NCAA history by winning title number three at 158 pounds, the first collegiate wrestler to win at three different weight classes. 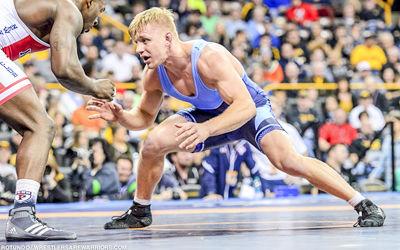 4 hours ago
State police say a Geneva Walmart employee is facing charges after a loss prevention investigation accused them of stealing money ... MORE

4 hours ago
On December 3 shortly before midnight troopers responded to a two-car personal injury crash on State Route 34 in Genoa ... MORE

Stimulus checks worth up to $1,000 are being sent in certain states before Christmas, is one yours?

4 hours ago
Christmas is coming and there are some states that plan to give their residents a much needed cash boost. California, ... MORE

12 hours ago
The Finger Lakes Land Trust has  purchased a 470-acre parcel of land that includes 3,400 feet of Cayuga Lake shoreline ... MORE

14 hours ago
Expect some unsettled weather across the Finger Lakes, Southern Tier, and Central New York over the next 48 hours. The ... MORE