In his first big league start, Jarlin Garcia didn’t allow a hit in six innings, but the left-hander didn’t conserve enough pitches to work any deeper into the game. After he was lifted, Adrian Gonzalez delivered the go-ahead two-run single as the Mets rallied to a 4-1 win over the Marlins on Wednesday night to complete a three-game sweep at Marlins Park.

The Mets (10-1) have won eight straight and improved their best start in franchise history. For the second straight game, they got to the Marlins’ bullpen in the eighth inning. 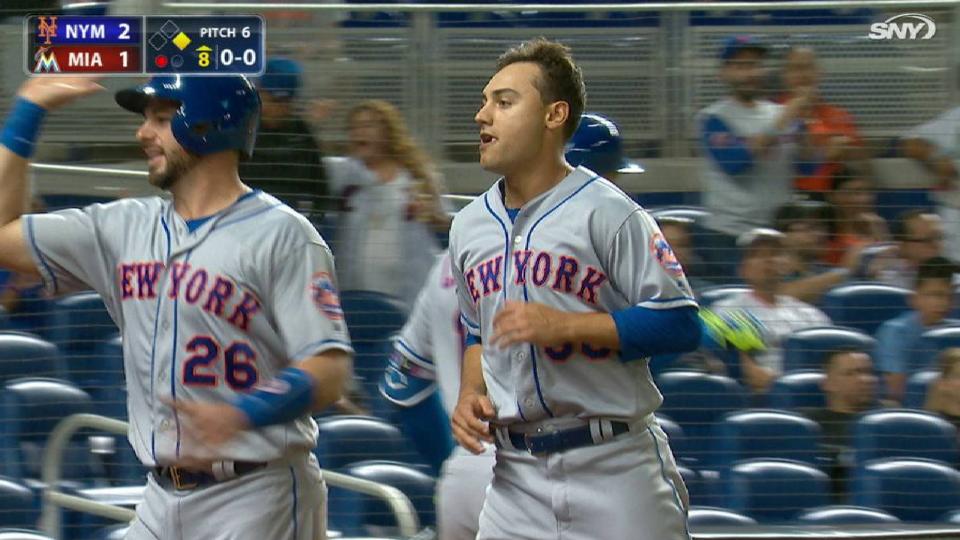