Steven Matz said he felt great when he took the mound Sunday to try to lead the Mets to a season-opening three-game sweep of the Cardinals at Citi Field. But that feeling didn’t translate to the results he wanted once the game began. Matz struggled with his control and gave up three runs in four innings as the Mets took their first loss of the year, 5-1.

Matz, who was making his first regular season start since undergoing left elbow surgery last August, limited the damage to one run apiece in the second, third and fourth innings. But his pitch count rose quickly after two walks in the opening frame, and he allowed a pair of solo homers — one to Paul DeJong in the second and another to Yadier Molina, his second of the series, in the fourth — before being pulled for a pinch-hitter. 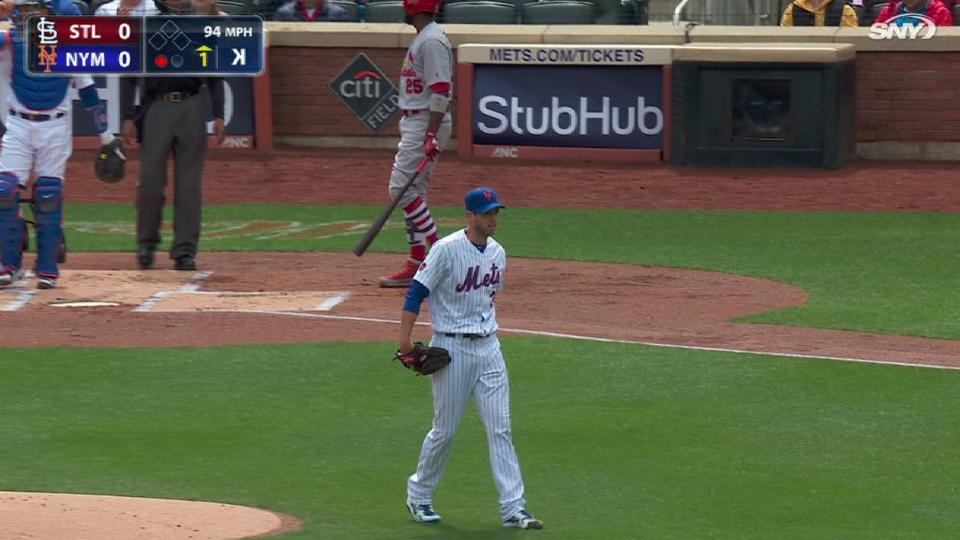