Police say around 2:38 p.m. on Monday the Seneca County 911 Center received a call from a manager at the Walmart store in Seneca Falls reporting a note written on the wall of a bathroom alleging that there was a bomb in the building.

The Seneca County Sheriff’s Office utilized a bomb detection K9 to assist in clearing the building; and at 3:59 p.m. the store was cleared and re-opened.

An investigation determined that an employee was responsible for the note. Cody A. Alexander, 20, of Seneca Falls was charged with making a terroristic threat — a Class D felony.

He was arraigned in the Town of Seneca Falls Court where he was released on his own recognizance.

Police say Alexander did not have any criminal history before this event. The Seneca Falls Police Department said there was never an actual bomb and the public was never in danger.

Alexander is scheduled to appear in Town Court on May 9th at 9 a.m.

The Walmart in Seneca Falls was temporarily evacuated on Monday after a reported ‘threat’ was discovered in a bathroom, according to employee reports.

Multiple law enforcement agencies were scene blocking entrances to the store after the incident was first reported around 3 p.m.

Employees said they were evacuated across the road to a parking lot.

First responders told FingerLakes1.com that EMS and fire crews were held on standby during the incident. 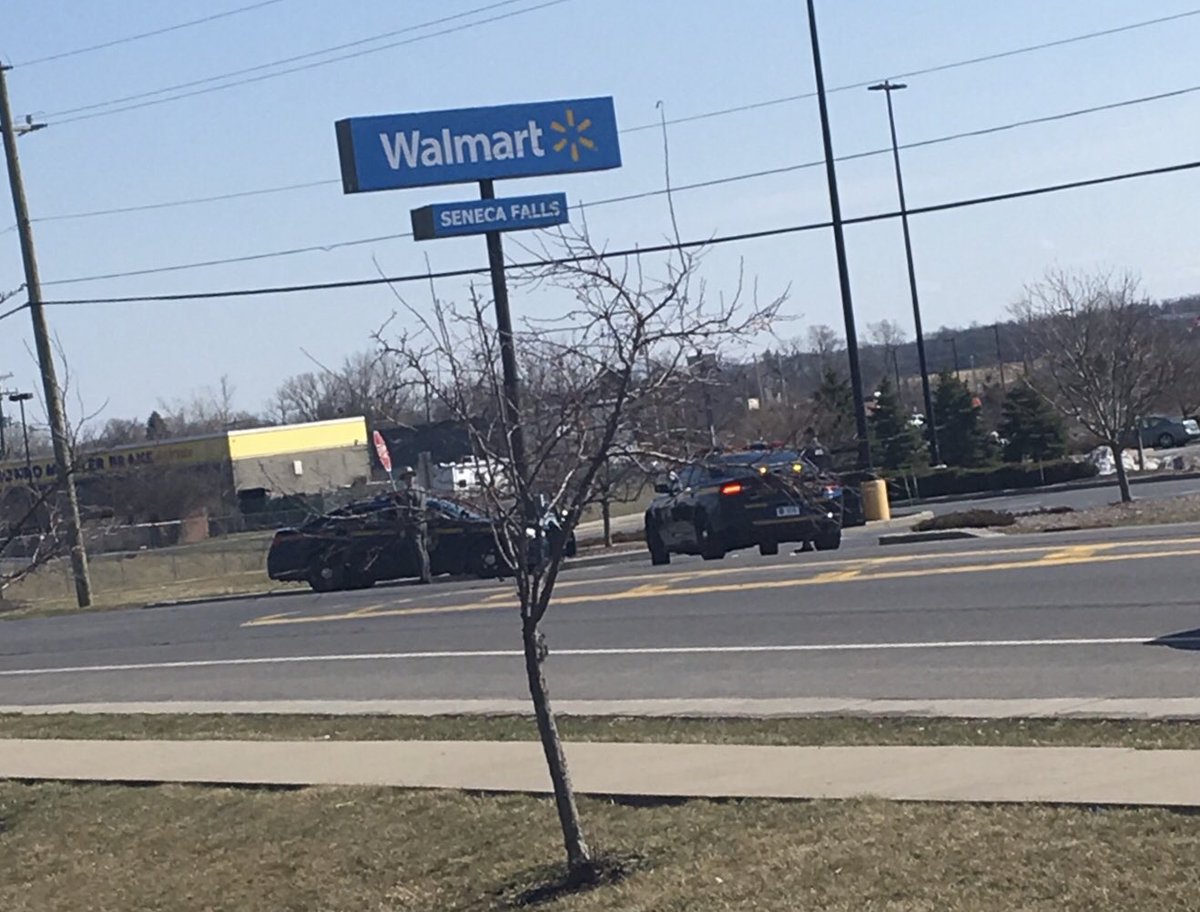