The long-anticipated Public Hearing on Eminent Domain was finally held on Tuesday — setting the stage for a decision on the sewer line that would go down the Ludovico Sculpture Trail — if adopted by the Seneca Falls Town Board.

The issue starts with the Kingdom Road Pump Station, which was largely constructed in the late-1960s. That aging piece of infrastructure has caused headaches for water and sewer employees in Seneca Falls, who have been contending with multiple, significant failures in recent years at that location.

Part of the solution to that problem includes a new sewer pipeline, or a significant upgrade to one of the two that run on opposing sides of the Cayuga-Seneca Canal now. Peter Baker, of Barton & Loguidice presented options for the Town to rectify the sewer problem. In his estimation, and B&L’s — the best solution is going down River Road, and continuing along the Ludovico Sculpture Trail.

The other two options — would include overhauling the Fall Street or Bayard Street lines. Both are highly-trafficked highways, and construction on those stretches would pose serious challenges, the engineering firm added. Baker pointed out that Fall Street wasn’t seriously considered beyond the overview phase for a variety of reasons.

B&L cited significant utility conflicts, an existing sewer bottleneck at the Ovid Street Bridge, higher traffic impacts and commercial traffic, NYSDOT permitting and developments, as well as an asbestos cement pipe in their evaluation of the Fall Street option.

Baker noted that the Bayard Street evaluation was also complicated. Among the concerns for this route was 54 impacted properties along West Bayard Street, multiple utilities already in place, which would be impacted by the work — as well as significant disruption to roadside trees, property and traffic flow along the heavily traveled Bayard Street. “We estimate that approximately 31 trees would have to be cut down,” explained Baker, who said that upwards of 50 easements could be necessary. He asserted that those factors would contribute to increasing the cost. 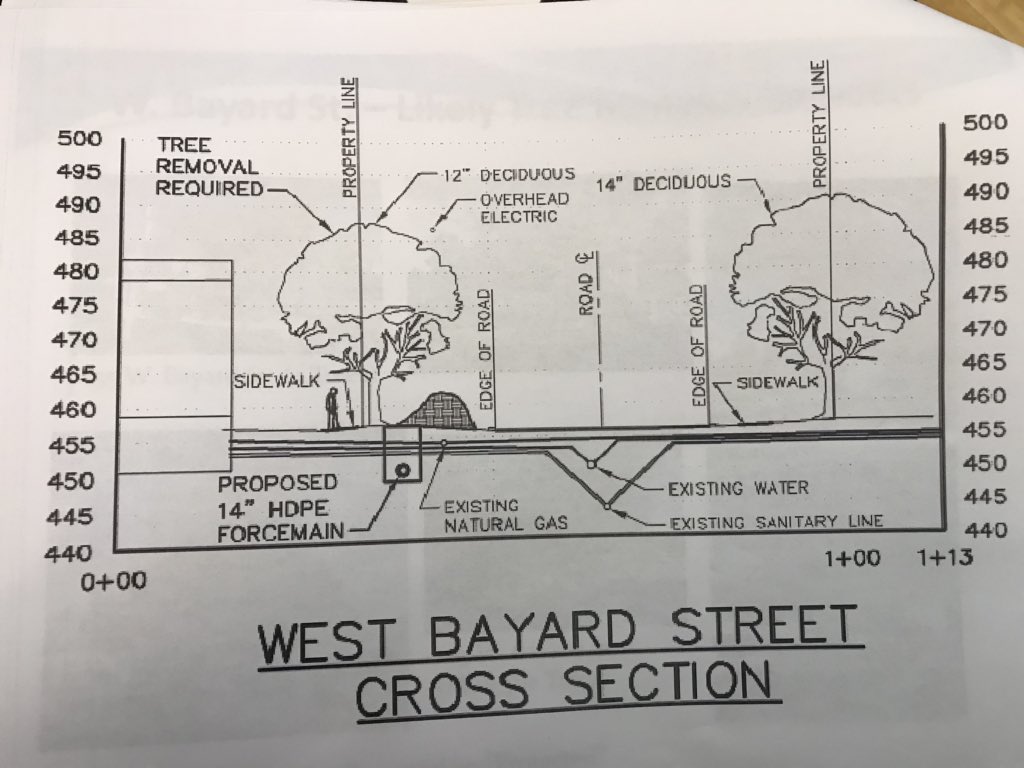 B&L contends that going down the Ludovico Sculpture Trail would take significantly less time than going down Bayard Street. This due to the lack of tree-removal, easements, utility crossings, and other factors that play a major role — and raise major questions during construction.

Multiple speakers urged the board to consider taking another path forward. The Sculpture Trail’s legal representation in the matter, Sheila M. Chalifoux, Esq. said ‘mistakes were made’ and that the clock needs to be turned back on the procedure. “We need to see to it that the proper procedure is followed,” she explained after. Chalifoux brought significant documentation to the session, of which highlighted a resolution that she asserted was passed on a day in 2016 when the Town Board didn’t even meet.

Chalifoux also obtained a letter from the DEC addressed to the Town of Seneca Falls that called the option taking the new, upgraded force main line down Bayard Street would be ‘preferable’. “It would result in less impacts to the stream corridor and the habitats possibly related to the Northern Long-Eared Bat,” the letter read. “It is also likely to minimize archeological concerns related to the Seneca River corridor.”

The resolution questioned by Chalifoux established the Town of Seneca Falls as the lead agency in the SEQR process — and declared the project as a ‘Type 1 Action’ within the SEQR process. However, there was no record of a meeting taking place on February 2nd, 2016 — when that measure was adopted. The adopted resolution documentation, which was obtained via FOIL by Chalifoux — doesn’t identify how any board member voted on it. 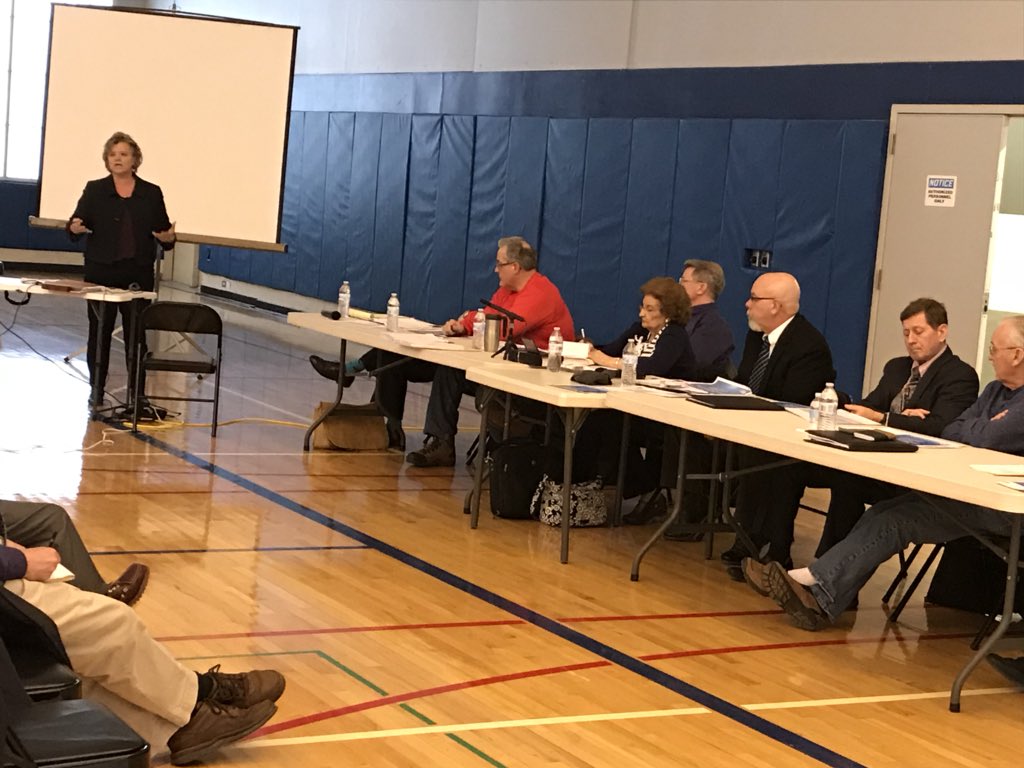 Chris Lytle, a Seneca Falls resident said in an emailed statement that going by way of Eminent Domain was equivalent to the ‘nuclear option’ — which should only be utilized in very-rare circumstance. “I and many others that have an interest in Town Governance have witnessed a recent series of questionable decisions and expenditure of tax dollars.  It’s not simply that I disagree with the decisions but the lack of transparency, questionable tactics to reach these decisions, conflicts of interest that go unchecked, and lack of financial expertise to ensure tax dollars are spent wisely,” Lytle explained. “A new sewer line, proposed by B&L, may or may not be needed, but it’s clear is that answers to key questions have not been shared.”

Among those questions, which Chalifoux said she had been working for months to obtain — was the process used by B&L to reach cost estimates. She pointed to multiple presentation documents shared by B&L, which all cited extensive cost — but did not break down where those costs would start and end. “How did they derive these numbers?” She asked. “That’s one of the many easy questions we’re looking to get answered.” 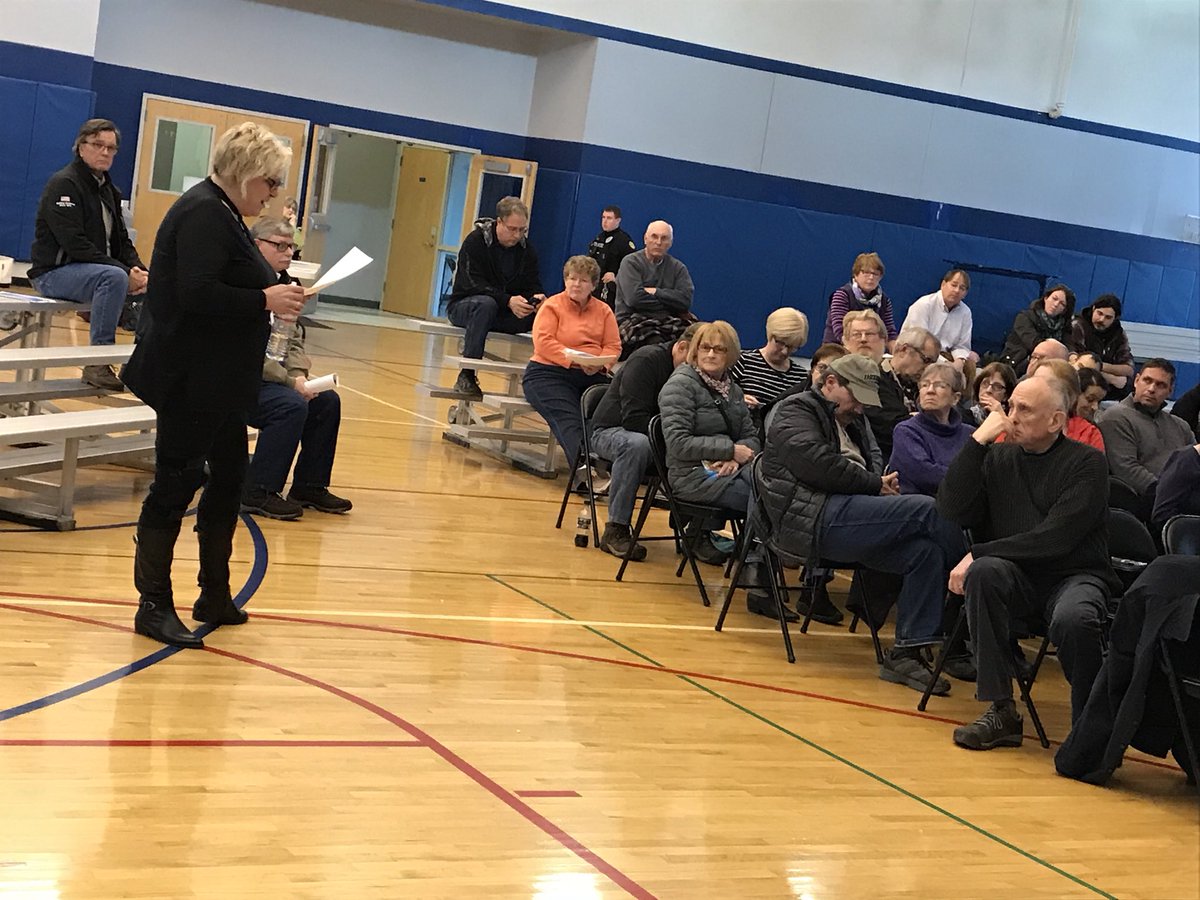 Chalifoux concluded her remarks by encouraging the Town Board to do the right thing and adhere to process.

Residents will have the opportunity to provide written testimony through April 5th, 2018, which will be the technical end date for the Public Hearing. Until then, the forum will remain open. Those interested in submitting written testimony can do so by delivering those documents to the Seneca Falls Town Clerk’s Office.