The men’s hockey team has earned a No. 1 seed for a regional of the NCAA tournament for the first time since 2003, learning on Sunday that it will be the top seed of the Northeast Region and face Boston University in the first round at 1 p.m. Saturday at DCU Center in Worcester, Mass. The game will air live on ESPNews.

The rivalry between Cornell and Boston University, which originated in the pre-Hockey East days of ECAC Hockey, has been rekindled in the last decade thanks to the addition of the biennial Red Hot Hockey series at Madison Square Garden in New York. The teams will now meet in the NCAA tournament for the first time since the national championship game in 1972. 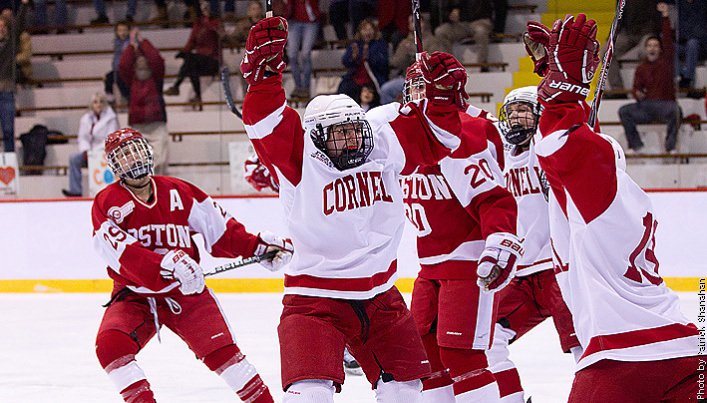 The winner of the Cornell-BU game will face the winner of the region’s other semifinal, pitting second-seeded Michigan against third-seeded Northeastern at 4 p.m. Saturday.