Legislation aims to crackdown on contraband in NYS prisons

The bill would require the Commissioner of the Department of Corrections and Community Supervision (DOCCS) to establish a contraband screening plan in correctional facilities. As Vice-Chair of the Senate’s Committee on Crime, Crime Victims, and Corrections, Helming believes more effective regulation of packages and materials brought into these facilities is a good step to creating safer environments for both officers and inmates. 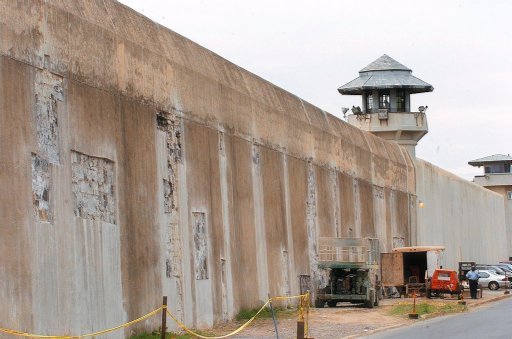 Chairman of the Senate’s Committee on Crime, Crime Victims and Corrections Senator Patrick M. Gallivan said, “As a former Sheriff in charge of operating a correctional facility, I know firsthand the challenges correctional officers face and the dangers posed by contraband inside our prisons. Whether it be drugs or weapons, contraband puts everyone at risk and often leads to fights among inmates and violent attacks on officers and staff. We must update procedures and use the latest technology to improve the screening process in all state facilities to ensure a safer environment for everyone.”

NYSCOPBA President Michael Powers said, “The number of violent incidents recorded over the past year in our facilities reflects a critical need for changes to current protocols set forth by DOCCS. NYSCOPBA is encouraged by this legislation introduced by Sen. Helming in its effort to create safe working and living conditions inside of New York State Corrections facilities. We stand ready to assist in any way to ensure the passage of this measure, and others like it, that may limit the opportunity for contraband and violence to make its way into our facilities.”

In July 2017, the Auburn Citizen released an article highlighting prison contraband in Auburn Correctional Facility citing from 2012 to 2015, Auburn Correctional Facility recovered 1,178 illegal contraband from inmates and visitors at the prison. Of that contraband, there were 708 weapons, 359 drugs, and 111 miscellaneous items such as cash or cell phones. Attempts to bring drugs and weapons into state correctional facilities reached record levels in 2017.

Data collected indicates that 2017 marked the most violent year inside state prisons since 2007, the year statistics began being recorded. According to statistics provided by DOCCS, assaults on staff statewide has risen from 645 incidents in 2013 to 798 in 2017. As of March 1, 2018, there has already been 120 incidents of assaults on staff. For assaults on inmates, the numbers are even higher. In 2013, there were 767 assaults on inmates statewide and grew to 1,220 in 2017. There has already been 199 assaults on inmates in the first three months of 2018. Every metric tracked by DOCCS (inmate-on-staff assaults, inmate-on-inmate assaults, use of chemical agents, contraband) rose above the previous year’s numbers. These alarming statistics and the several incidents since the beginning of this year underscore the critical need for changes to current protocols set forth by DOCCS.