According to the ‘2017 United Movers Study’ the state is losing residents by the day.

That’s not breaking news, since U.S. Census data has shown residents leaving New York in flocks for years — but the survey puts a little more detail to the numbers.

The study found New York ranked the third-highest in outbound moving — with the leading cause of exit categorized as job-related. 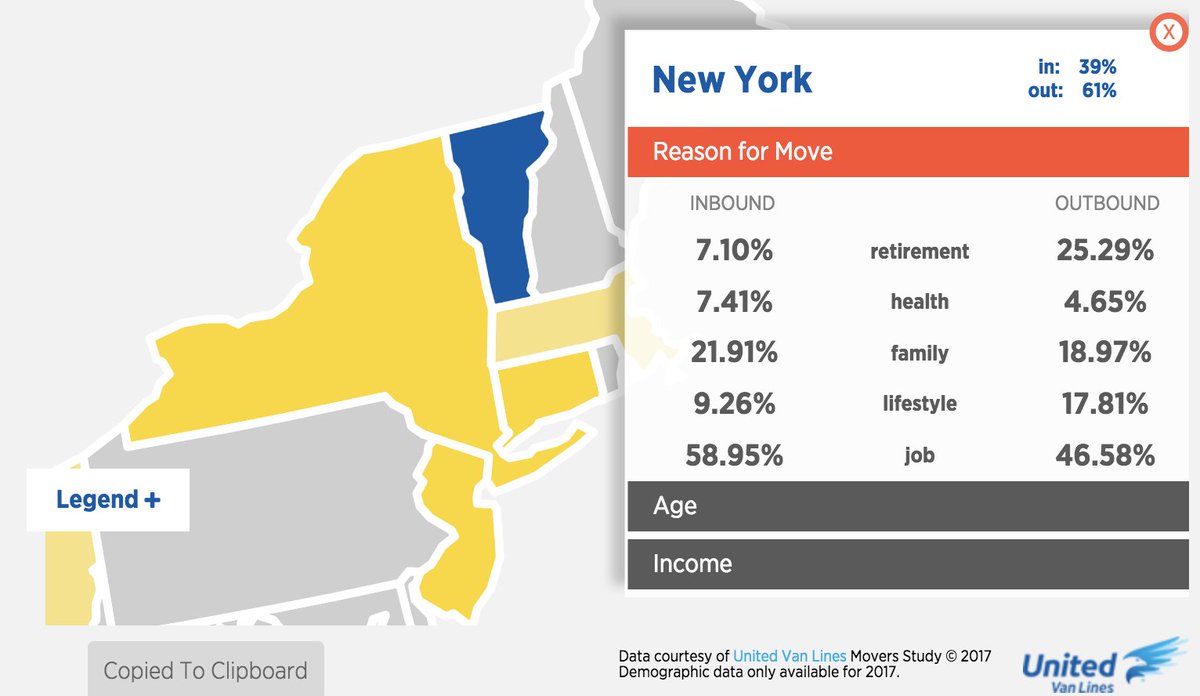 “For more than 40 years, United Van Lines has been tracking which states people are moving to and from. We also survey our customers to understand why they are moving from state-to-state,” said Melissa Sullivan, director of marketing communications at United Van Lines. “As the nation’s largest household goods mover, the data we collect is reflective of national migration trends.”

“This year’s data reflects longer-term trends of movement to the western and southern states, especially to those where housing costs are relatively lower, climates are more temperate and job growth has been at or above the national average, among other factors,” said Michael Stoll, economist and professor in the Department of Public Policy at the University of California, Los Angeles. “We’re also seeing continued migration to the Pacific Northwest and Mountain West as young professionals and retirees leave California.” 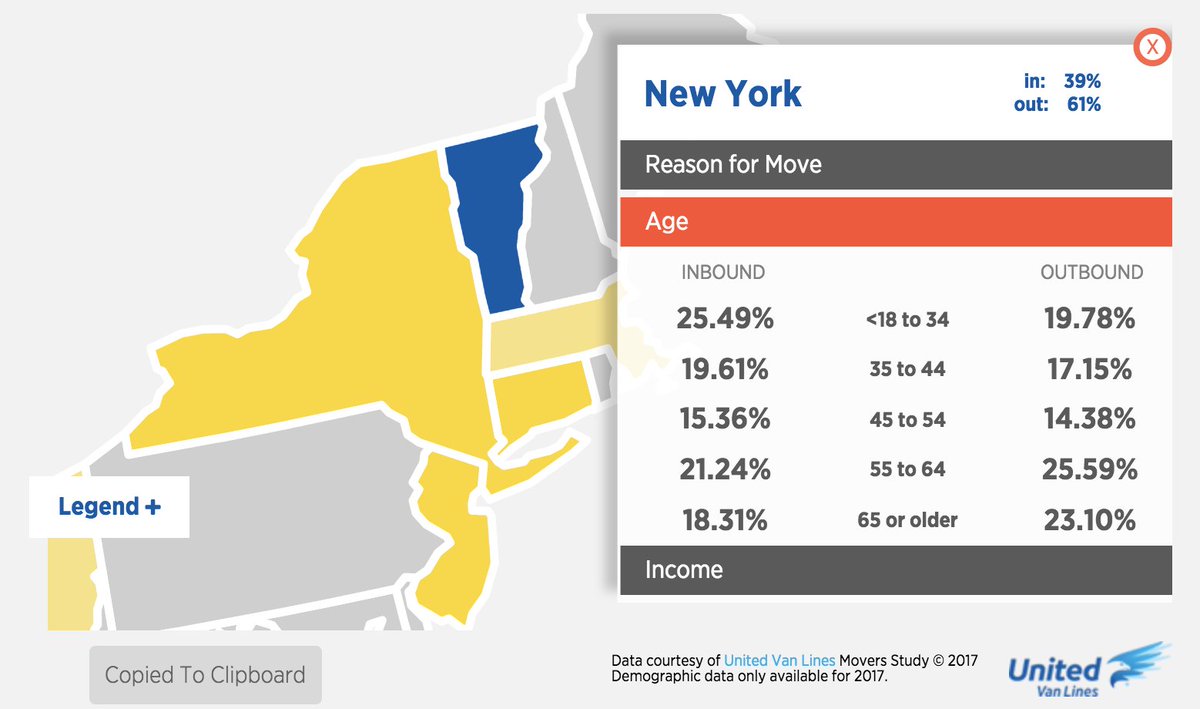 Only Illinois and New Jersey ranked higher than New York on the list for top outbound states in 2017.

The numbers behind the study are interesting, though some will call them ‘predictable’.

Here’s why people are moving out of New York, according to the study.

While the two largest age groups heading out of New York are those 55 to 64 and 65+ the study points to those falling in the 18 to 34 range as the third-largest segment, which is actively growing.

Check out the full, interactive map below, or read more from the study here.