The world’s largest sauerkraut manufacturer will close its doors in Shortsville later this year.

GLK Foods, which processes a total of 130,000 tons of cabbage per year announced that it is consolidating its sauerkraut production to a plant located in Wisconsin.

The plant, which is more than a century old will continue operating through the middle of the year. The expectation at this point from officials with GLK is that operation will end in mid-September. Along with it, 48 jobs will be lost in Ontario County, despite some positions being offered to employees in Wisconsin. 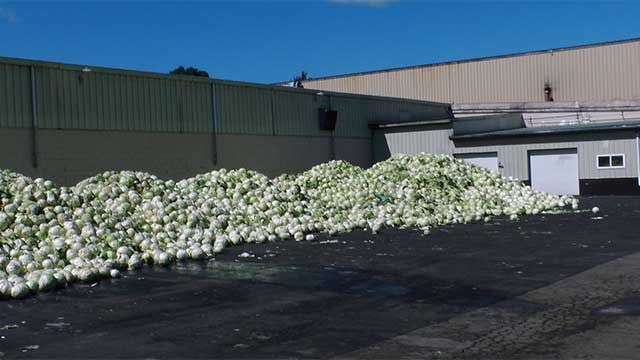 In the meantime, many of the Shortsville-based employees will retain their jobs.

“We worked for years and years to keep them here,” said Michael J. Manikowski, economic developer for Ontario County Economic Development on Thursday. The talks of consolidation to the Wisconsin plant were neither new, or unexpected for officials in Ontario County.

Manikowski told the D&C that there were challenges with the facility. The smell that it generated when the plant was producing fermented cabbage plagued local residents.

The impact could be felt throughout the region, though.

Cabbage is a major crop in New York; and the annual value of that in New York exceeds $58 million, according to the U.S. Department of Agriculture.

Another community nearby even hosts an annual Sauerkraut Festival. It’s put Phelps on the map annually.

This story will be updated as more reaction becomes available from local officials.