The Lyons Lions entered Wednesday night’s match-up with East Rochester having lost five straight meetings with the Bombers. Zac Young’s Lions ended that streak in convincing fashion rolling to a 71-46 win in a game that was never close from the beginning.

The ER-Lyons game was streamed live on FingerLakes1.com. Click here to watch the full webcast replay.

East Rochester was without senior point guard Matt Cicero who was in street clothes nursing a hamstring injury and the Bombers were overmatched from the start as Lyons opened up a 21-10 first quarter lead and grew the lead to 25 by halftime and never looked back.

After the game, senior Jordan Harris of Lyons joined Jim Sinicropi and Rhett Ticconi at the broadcast table for the Dr. Rod Littlejohn Smiles with Style Postgame Show…

With the win, Lyons stayed within one-half game of Wayne County league leading Clyde-Savannah who also won on Wednesday night.

MIDLAKES 59 @ GENEVA  64 – 2 OT
Geneva was down nine entering the fourth quarter but went on a run to take a 2 point lead. Devon Hicks hit a late layup for Midlakes off an inbounds play to tie the game and send it to overtime. The Panthers found themselves down three with a minute remaining in the first overtime before Akim Hudson was fouled on a putback after an offensive rebound. After completing the three point play the game would head to a second extra period. Reid Patchett would put Geneva ahead for good with a baseline jumper and Akim Hudson closed out the win an inside bucket. Patchett finished with 17 points and 8 rebounds while Akin Hudson had 10 points and 7 rebounds. Adrian Porter added 10 points and 5 boards.

ROMULUS 39 @ SOUTH SENECA 42
South Seneca didn’t score their first points of the game until free throws with 4:04 left in 2nd period. The halftime score 13-7 in favor of Romulus. South Seneca came out on fire in the third by out scoring Romulus 25 to 10, making the score 32 to 23 in favor of the Falcons heading into the final quarter. Romulus closed within 3 with 4:49 left and then Falcons were back up by 7 with 1:52 left. Max Mapstone banked in a long 3 pointer with 10 seconds remaining to pull within one. South Seneca missed the front end of a one and one and with 6.7 seconds, Anthony Reff intercepted an inbounds pass and was fouled. He made both free throws to seal the game 42 to 39. For South Seneca, Anthony Reff had 16, Matt Kenyon scored 12, and Charlie Van Ness had 8. John Zajac had 9 rebounds and Dylan Stiles took 3 offensive fouls in the game. Romulus was led by Maurecio Mercedes-Rivera with 18 points and Roy Ball with 8. 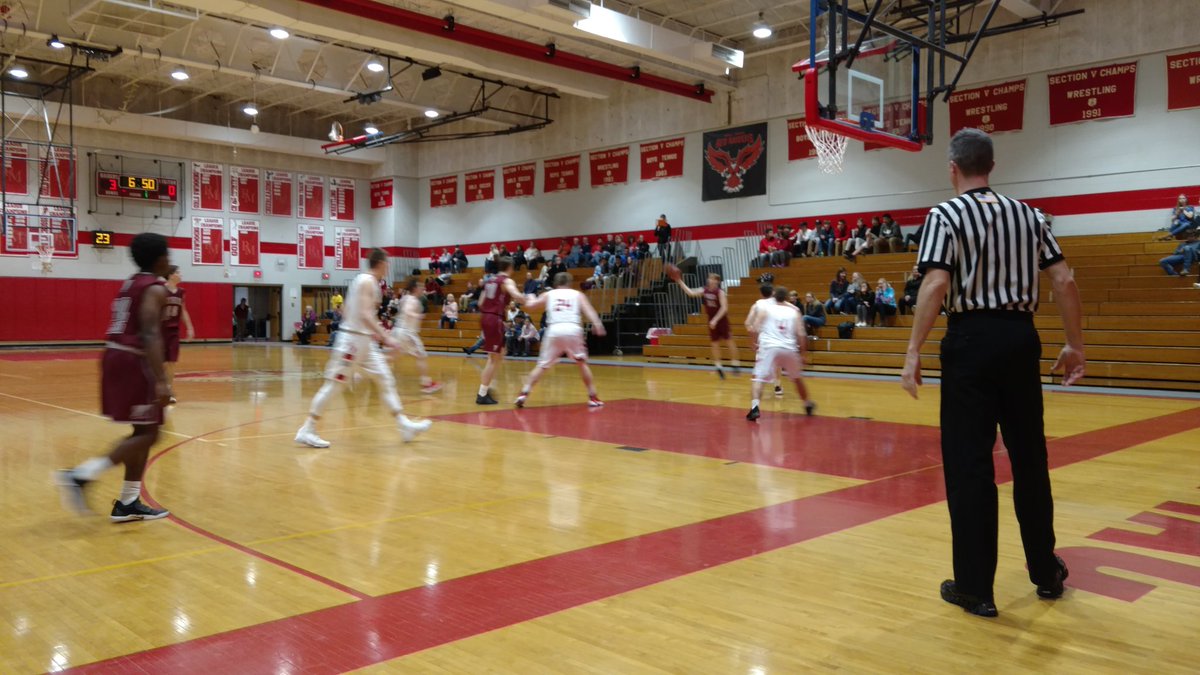 MYNDERSE 41 @ WATERLOO 32
Mynderse was led By Heidi Miller who scored 14 points and grabbed 6 rebounds. Madison Barnett was next with 6 points as 8 different Lady Blue Devils scored in the win. Jillian Panek led Waterloo with 9 points and 8 rebounds in the loss.

Gananda pulls out the big win in marion tonight. Big thanks to @stange_nick for reppin g town.
Leading scorers:@King_Stove3-15@j_castrechini -20

Congratulations to Keith Slack for scoring his 1000th career point tonight for the @GCSpartan_Hoops as a junior. #GCPride. #BleedBlue. pic.twitter.com/b3n1z7UIw0

A well organized and well coached @MWWildcats locks up @HACAthletics tonight 56-39 and stays undefeated in the league. Rematch soon! @sectvbb

Varsity Girls ? lost a tough one to Hornell tonight 65-56.

Knights go to 6-10 on the season & travel to Cal-Mum (Get there @TheCavalryLR) Friday night in a varsity girls/boys doubleheader!#LRhoops? pic.twitter.com/JZpkzesep6

Underway… PM up 6 with 135 left in the first pic.twitter.com/jlomscjlhh

Take a bow, Patrick Meisenzahl (@PMeisenzahl). The senior with six 3-pointers as Athena tops Irondequoit in a showdown of Class A1 giants. https://t.co/VdObML5t0S