Sheriff: Standoff in Cayuga County ends with fugitive being captured

Sheriff David Gould reports that on January 24th members of the Cayuga County Sheriff’s Office located and arrested a fugitive from justice, who was wanted on felony charges in Alabama.

Mark G. Sheehy, 28, was arrested at his residence. He was wanted by authorities in Cleburne County Alabama for felony possession of marihuana after a warrant had been issued by the Cleburne Alabama County Court for his arrest. 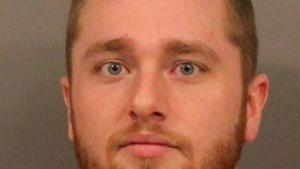 Based on information supplied by authorities in Cleburne County Alabama, it appeared that Sheehy had been previously charged in their jurisdiction following a traffic stop where Sheehy did possess a quantity of marihuana and a number of weapons, including assault rifles and ammunition.

Members of the Cayuga County Sheriff’s Special Weapons and Tactics Team (SWAT) as well as Sheriff’s Negotiators did assist in making the arrest. Additional charges related to this incident are pending.

Sheehy was arraigned in Owasco Town Court following his arrest and was committed to the Cayuga County Jail in lieu of no bail pending extradition proceedings.