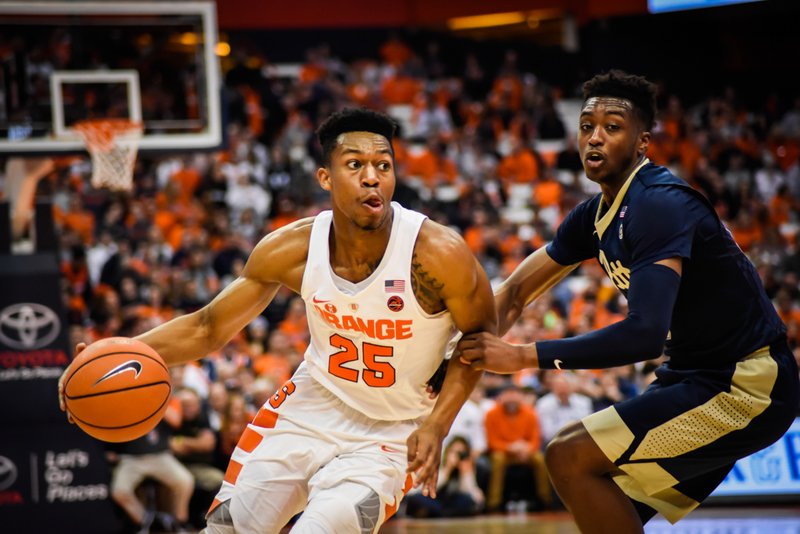 With Syracuse clinging to a two-point lead with 9:46 remaining, a 12-2 run over a time span of 7:09 helped the Orange pull away. Howard made a layup, followed by a 3-pointer from Battle and a Howard 3-point play. Pitt added two free throws, but a Chukwu dunk, two foul shots by Howard and a Battle layup gave Syracuse a 51-37 lead with 2:37 to play.

Syracuse returns home on Tuesday, Jan. 16 to face Pittsburgh in the first of two meetings in 11 days between the two sides. Tip-off is scheduled for 9 p.m in the Carrier Dome. Tickets for all Orange home games are available online at Cuse.com, by phone at 1-888-DOMETIX or in person at Gate B at the Carrier Dome. The game will be televised on RSN and on the Watch ESPN app. Fans can also listen to the live broadcast on the Syracuse IMG Radio Network.

The Orange fell to 12-6 overall and 1-4 in the ACC after a double-overtime loss to Florida State on Saturday. Syracuse overcame a 10-point halftime deficit to force the extra periods.