Authorities with the New York State Department of Environmental Conservation say a Macedon man was ticketed for possessing an alligator.

That gator, identified as ‘Alan the Alligator’, has since been confiscated by state officials and returned to the Seneca Park Zoo until he can be relocated to a permanent facility. 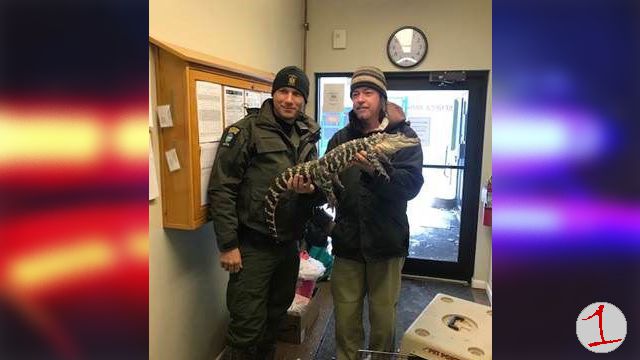 The individual who made the post never owned the animal, and didn’t purchase it, according to officials. That said, another suspect emerged as the investigation continued.

When questioned, the suspect denied owning an alligator — but after questioning led to a visit inside the individual’s home — the animal was located in a back room.

DEC officials say the alligator was around 3.5 feet long, and was quickly outgrowing it’s enclosure.

The DEC confiscated the alligator and ticketed the owner. It’s illegal in New York to possess any such living organism without permits.

The animal was unharmed and remains at the Seneca Park Zoo.