The Seneca County Sheriff’s Office says departments from three counties responded to a fire in Junius, which resulted in a historic home along the New York State Thruway to be called a ‘total loss’.

The fire was reported at a two-story structure at 1229 Birdsey Road that is owned by Walter and Doris Wolf. Doris Wolf serves on over  a dozen local non-profit boards and volunteers for a variety of local programs, causes and activities in Waterloo and the surrounding area. 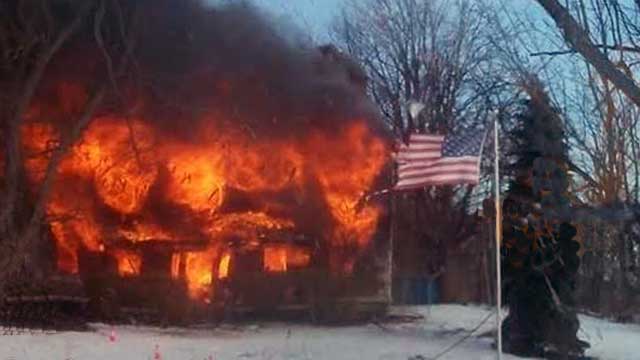 Crews were at the scene until around 8 pm, according to investigators. The cause of the fire remains undetermined.

According to scanner traffic Mercy Flight was briefly on stand-by, but according to those on-scene they were called off after everyone was accounted for at the location.

Tankers from Romulus and Savannah were also called to the scene after roughly one hour of battling the blaze.