Residents are stepping up the fight against a plan to store millions of barrels of Liquefied Petroleum Gas (LPG) in unlined abandoned salt caverns beneath the shores of Seneca Lake near Watkins Glen in the heart of Finger Lakes Wine Country.

Nearly 500 local business owners, including leaders of the region’s winery and tourism industries, sent a letter to Governor Cuomo condemning Crestwood’s proposed industrial gas storage and calling on the governor to work with the New York State Department of Environmental Conservation (DEC) Commissioner, Basil Seggos, to prevent it from moving forward. The business leaders also said that the plan to build what they call “an industrial gas dump” is irresponsible on the grounds that its infrastructure would further our dependence on fossil fuels, contribute to climate disruption, threaten agriculture in the region, and run “directly contrary to [Cuomo’s] nationally recognized efforts to accelerate the transition to renewable energy sources.”

The letter comes on the heels of a motion filed by Gas Free Seneca urging DEC Chief ALJ James T. McClymonds to recommend denial of Crestwood’s application based on alternative sites being developed or expanded by Crestwood’s parent company in the state outside of the Finger Lakes region that would provide more than enough propane for residents of New York and surrounding states.

“Local families and businesses are united to protect our health, our economic future, and the natural splendor that makes the Finger Lakes a world-class destination,” said William Ouweleen, Secretary of the Finger Lakes Wine Business Coalition who signed the letter along with nearly 500 other local business owners whose economic impact annually exceeds $4.5 Billion. “Our communities have everything to lose, and nothing to gain, from an unnecessary, dangerous LPG storage facility in the heart of Finger Lakes Wine Country. We are urging the governor to stand with us, not an out-of-state corporation that threatens our regional economy.” 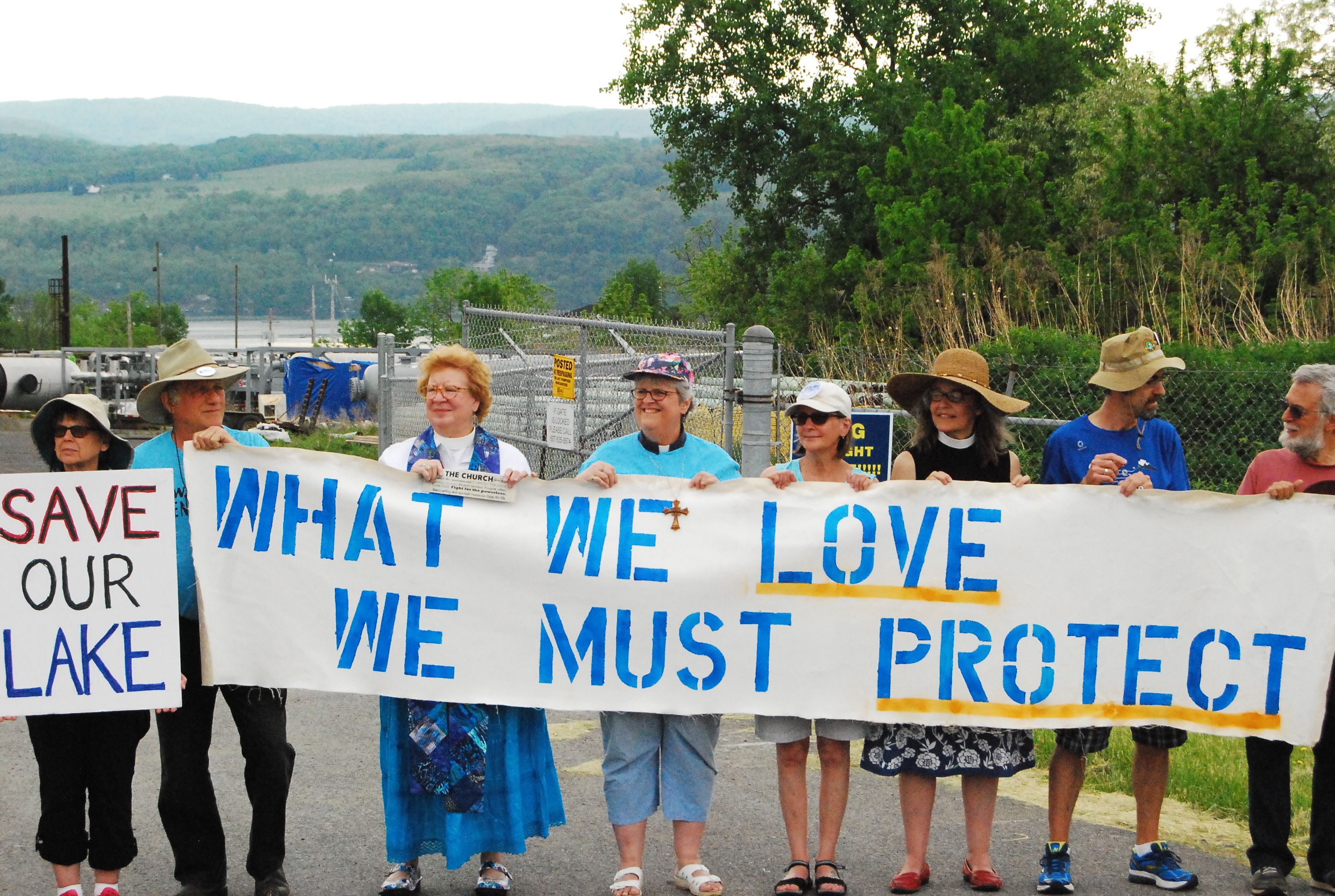 None of the propane stored in the Seneca Lake facility would be used to heat New York homes or businesses. All of it would be shipped out of state via a pipeline to serve New England and the mid-Atlantic states. The unlined salt caverns along Seneca Lake were never engineered for storage, yet Crestwood has proposed storing up to 40 million barrels of explosive propane in a manner that has caused injuries and deaths, large fires, evacuations and major property loss in other locations. By Crestwood’s own admission, the proposal will create three to five permanent jobs for the area.

Tourism in the Finger Lakes supports more than 59,000 jobs for the region. Governor Cuomo’s 2018 budget includes $16.5 million to further expand and enhance tourism and economic development in Watkins Glen, the village closest to the project.

“The governor’s new budget reflects his commitment to the region and to our state’s wine and tourism industries,” said Joseph Campbell, President of Gas Free Seneca. “Under his leadership, our state has made real investments that are paying off for the Finger Lakes. So why would he allow that investment and all our hard work to be threatened by industrial-scale propane storage on Seneca Lake? It’s completely incompatible with the vibrant economy we’ve created here, with the governor’s commitment to the region, and with his own environmental agenda.”

Crestwood LP has been fined twice by the United States Environmental Protection Agency in six years for violations of accident-prevention rules at its Bath/Savona LPG facility. They have nearly a decade of toxic spills in or along Seneca Lake and the New York State DEC has fined them a total of $57,500.00. Those toxic spills include chloride, brine and diesel fuel.

In the past year, 21 wineries and countless other businesses and residences have gone solar in an effort to achieve Governor Cuomo’s REV plan to reduce greenhouse gas emissions by 80% by 2050.

“Governor Cuomo can help us continue to build on our success story,” said Vinny Aliperti, Co-Owner of Billsboro Winery and winner of the prestigious 2016 NY State Governor’s Cup, awarded to the best wine in NY State. “He did the right thing with the moratorium on fracked gas, protecting residents and communities. Now, he has an opportunity to cement his economic and environmental legacy in Finger Lakes Wine Country, by rejecting dangerous industrial gas storage on the shores of Lake Seneca.”

9 hours ago
Multiple law enforcement agencies were dispatched to the Arnot Mall in Horseheads for the report of an active shooter. State ... MORE

12 hours ago
There are thousands of households set to receive a child tax credit worth as much as $750 in only five ... MORE

12 hours ago
Americans have been careful about where to spend their money as inflation soars, and Dollar General is working to provide ... MORE

12 hours ago
Thousands of Americans will soon see some financial relief in the form of a stimulus payment this summer, but deadlines ... MORE

12 hours ago
Everyone will eventually retire at one point or another in their lives, and there are a few factors to consider ... MORE